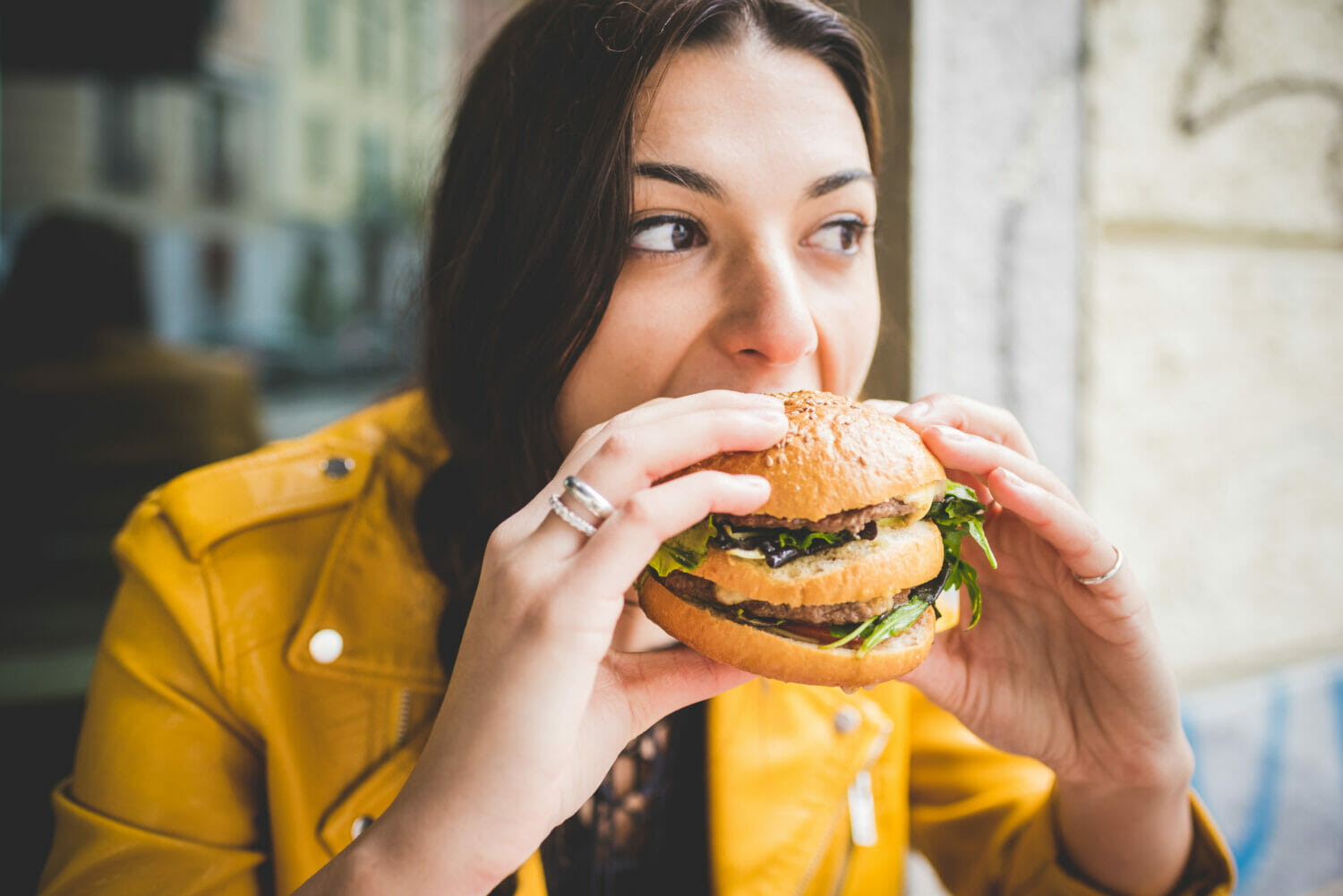 Coming to the United States? Not sure what to expect? Well, buckle up and prime yourself for a strange and exciting ride in the land of the large. Here, you’ll find the elysian delight of bottomless soda machines. The uncanny experience of spray cheese. You’ll traverse the aisles of the largest supermarkets you’ve ever seen, while eating to-go burgers and downing venti coffees. You’ll wear sweaters in the summer and still be too cold because the air conditioning is always turned down to “cool.”

In this article, we’ll go over 11 of the quirks you can expect to find as a new immigrant in the United States.

Eating on the Go

Walking down the street in a U.S. city, you may notice, here and there, a pedestrian eater — a person waving down a taxi (or Uber) while scarfing down a pizza. You might also notice, at your local cafe, people leaving with giant cups — cups larger than the average face — filled to the brim with complicated coffees. You’ll notice these things because many Americans — rather than sit and enjoy their vanilla latte with 2 pumps mocha, nonfat, steamed, extra sugar — will take their food (or drink) to go.

And even if they do take a moment to sit and eat, they might ask the waiter for a “doggie bag,” a receptacle specifically designed for leftovers. No meal goes wasted in the U.S. of A. — that is, unless you leave it in the back of your extra large American refrigerator for weeks on end. But that’s a different story.

You may have heard that in the United States things are just bigger. Sometimes needlessly so. Some supermarkets are more like airplane hangars than grocery stores. You may walk into a Walmart and think you’ve seen it all. But then you’ll find a Costco. And no one’s ready for a Costco.

But it’s not just stores. Meals are often served in generous portions. Coffee cups are larger than they need to be. Trucks, hummers, jeeps. Automobiles are, in general, much larger than in other parts of the world. There’s no way around it. For better or for worse, things are very big in the United States.

Is the Bread Sweeter?

Yes. Apparently in the United States, the bread is sweeter and more sugary than in other parts of the world. This is simply because mass market breads are made very quickly. With a quick turnover, breads don’t have a chance to ferment fully, which means less flavor. Manufacturers throw in some sugar and salt to mask this utter lack of tastiness. The high sugar content led one Irish judge to conclude that Subway bread is legally not bread. But don’t worry, you should be able to find good flavorful bread at the local bakery.

Must Love Dogs (or Cats, or Any Other Pet) 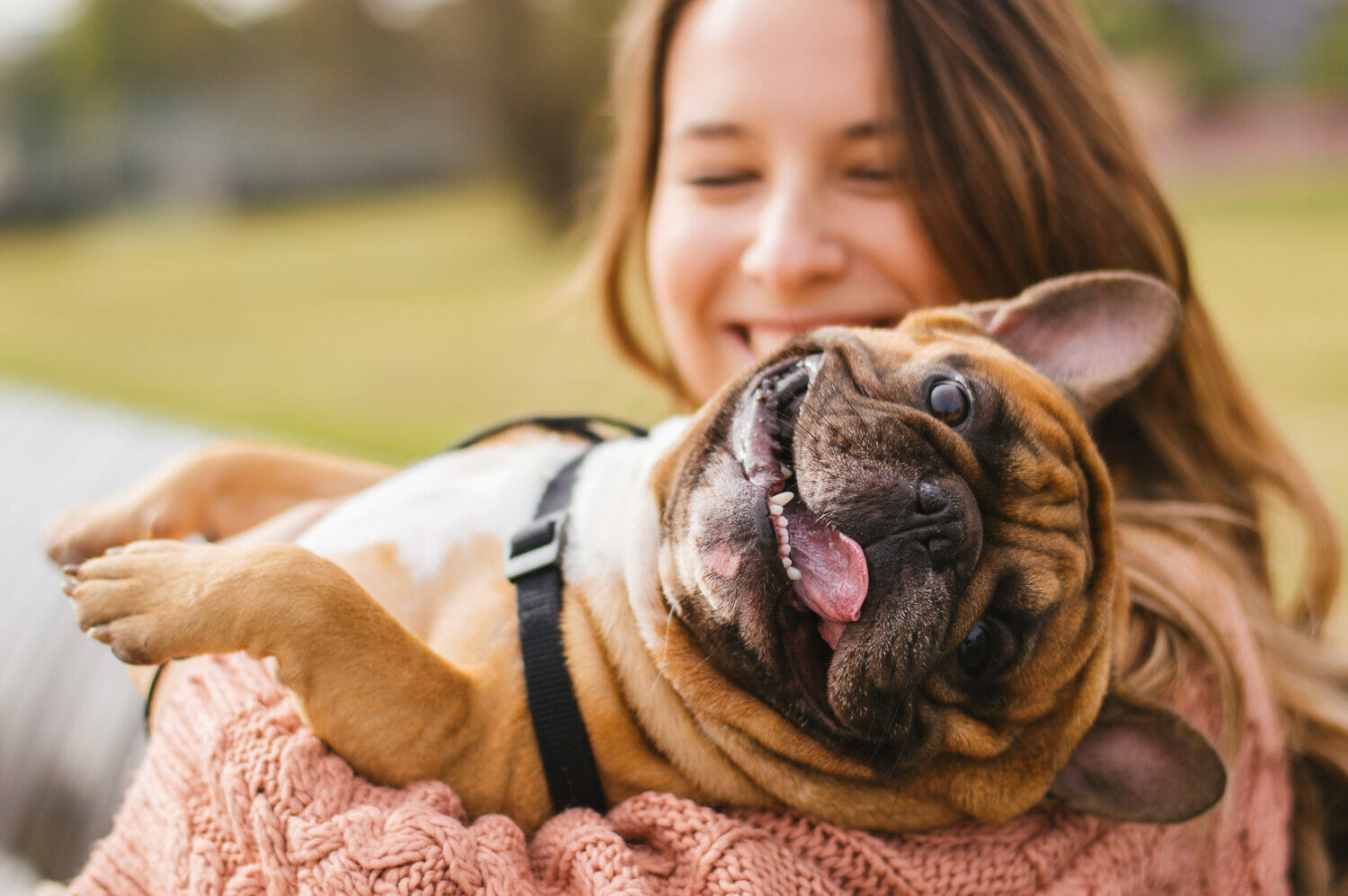 Americans love their pets and view them as a member of the family. They dress them up for Halloween (or just because), take them out drinking, and include them on work calls. Nearly 70% of Americans own a pet, and that number is growing.

If you’re new to the U.S., getting a pet can be a great way to meet new people. Take your dog to the local dog park and start bonding over the best grain-free kibble.

A Lot of Flags

In many countries, an event with flags can be a worrisome affair, as nationalistic pride — what many in the United States call patriotism — is often associated with the history (and very present issue) of fascism. In the U.S., however, flags are on everything. You may see them on homes, atop city buildings, at large (or small) public events, in front of restaurants. So just because there’s a flag in front of a building doesn’t mean it’s the Pentagon. It could also be a diner.

Other parts of the world recognize the need for leisure time. Time to refresh and reflect. Time for yourself, your friends, your family. Not in the United States. Excluding sick days and paid holidays, people working in the U.S. private sector have an average of 10 paid vacation days after 1 year of work. And in 2017, 52 percent of people in the United States only used a portion of their vacation days.

This is very different from countries like Brazil, where workers get 30 days of vacation per year. But remember, different companies have different rules, so you may be able to find one with a more lenient holiday policy. 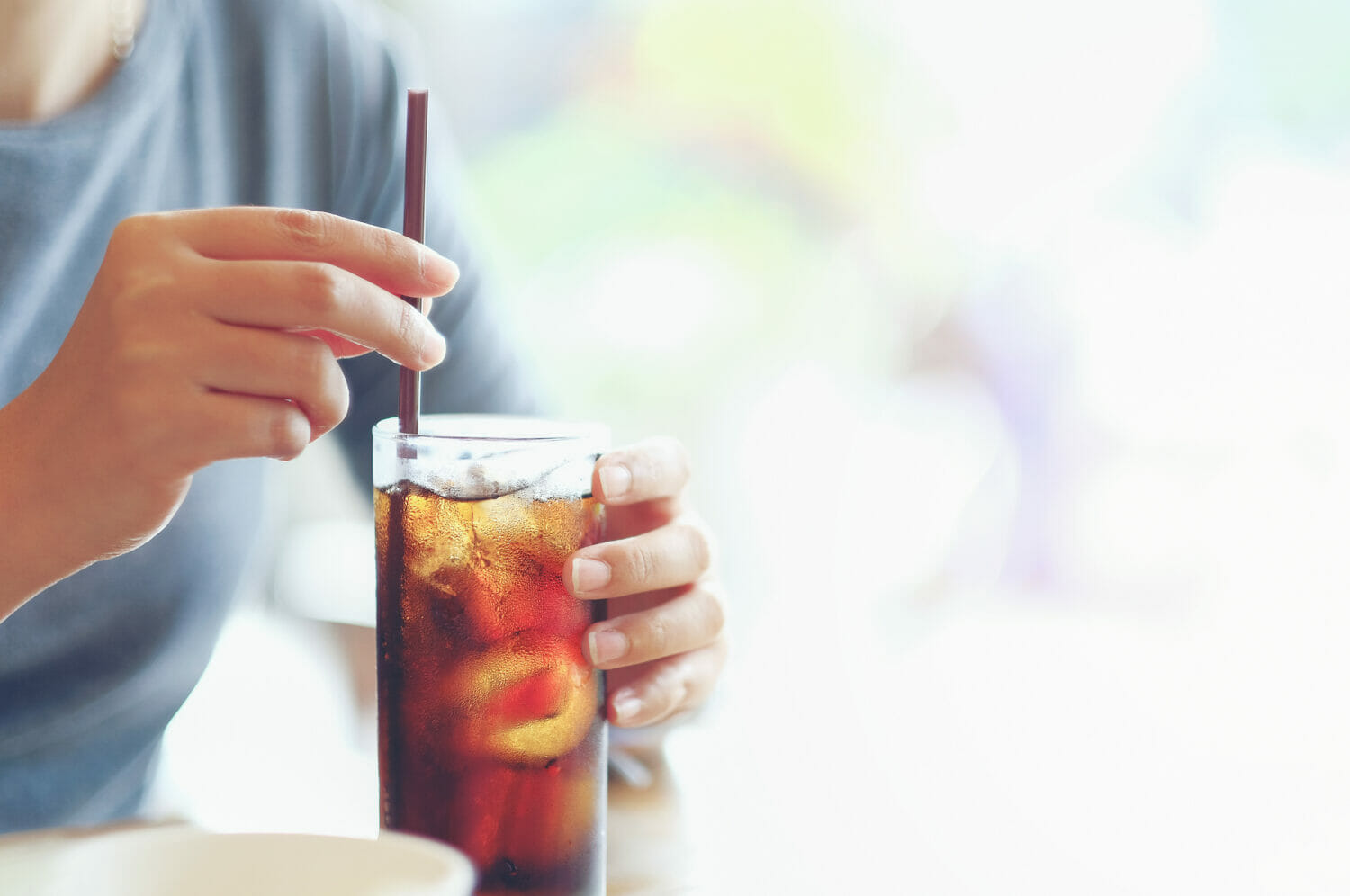 No one ever asks this question in the United States. They just put ice in your drink.

In a lot of countries, cold drinks aren’t, by necessity, jam-packed with ice. In the United States, on the other hand, it’s a different story. If you don’t want ice in a cold drink, you’ll most likely have to ask the server to skip the frozen water. But if you’re a fan of lots of ice, then you’ll be on cloud 9.

Ok, so you may not find a place for pancakes at 3:00 am in literally every part of the United States, but in many cities, it’s very easy to find an all-night restaurant. You might find a 24-hour diner with a 30-page menu or you might be in New York City, where bars never seem to close. You might also find the random food truck serving late-night clubbers. If you ever thought “gosh, I really wish I could stuff my face with greasy food after midnight,” then you’re in for a treat.

The United States is a car-centric country. Even New York City’s extensive metro isn’t nearly as complete or user-friendly as other train systems found throughout the world. Mass transit, in general, is lacking in the United States. During the past 65 years, the United States has spent approximately $10 trillion on roads and highways but only $2.5 trillion on mass transit and railways. But if you end up in cities like New York, Philadelphia, Chicago, or Washington D.C., you can still get around without a car. 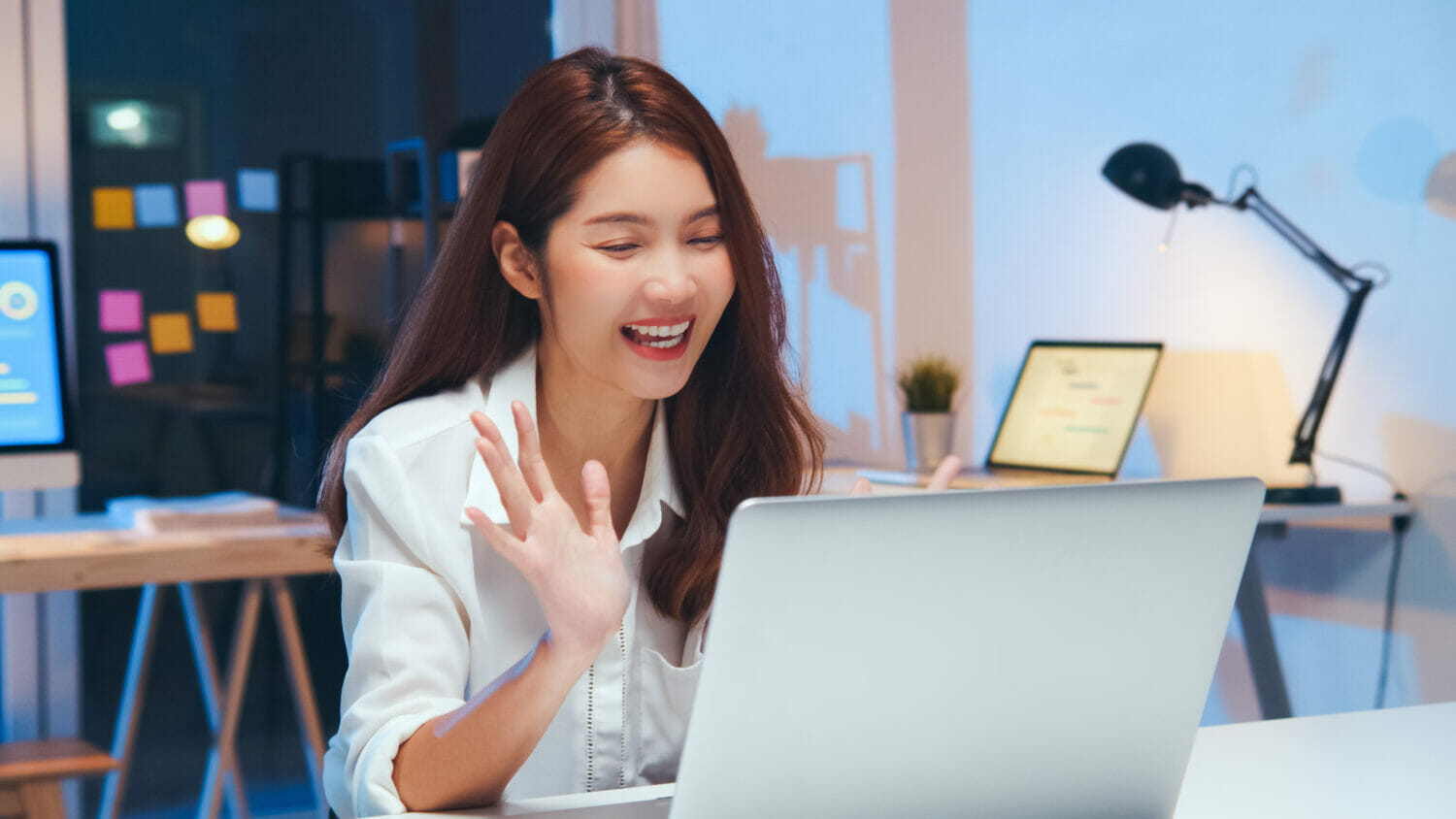 You might find exceptions to this rule, but in general, people in the United States are serious about their punctuality. Failure to arrive on time for a meeting (whether formal or informal) could be taken as an affront or, at the very least, could be cause for annoyance. Why is this the case? Hard to say for certain, but it may have something to do with the work culture in the United States. Since so much time is spent at work, there’s little left over for recreation. Wasting this extra time might, therefore, be seen as a sign of disrespect.

In many parts of the world waiters receive a relatively substantial hourly wage, making the practice of tipping virtually unnecessary. But in the United States, servers can make as little as $2.00 per hour, before taxes are deducted. So without tips, the waitstaff might go home empty handed.

Failing to tip your waiter is, thus, seen as disrespectful, so you’ll want to be sure to gather (at least) 15% to 20% of the total, for tip. Outside of restaurants, the customs are less straightforward. A good rule of thumb is: if you’re given the option to tip, you should most likely leave gratuity.