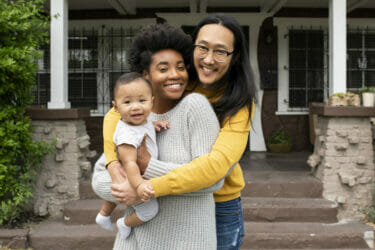 Immigrant parents of young children are more likely to face challenges in supporting their children’s education than U.S.-born parents, according to a new report by the Migration Policy Institute’s (MPI’s) National Center on Immigrant Integration Policy (NCIIP).

Parents serve an essential role in preparing children for school and supporting their education. This is especially true among elementary- and preschool-age children. However, MPI’s findings highlight the obstacles immigrant parents face in comparison to their native-born counterparts, including limited English proficiency, lower levels of formal education, and poverty.

What the study found

Within this population, immigrant parents faced several obstacles in comparison to U.S.-born parents:

Approximately half of immigrant parents of young and elementary-school-age children were Limited English Proficient (LEP), which means they reported speaking English less than “very well.” These immigrant parents were also four times as likely as their native-born counterparts to lack a high school diploma or equivalent.

The researchers note that a child’s school readiness is consistently connected to their parent’s level of education. But lower levels of English proficiency make it more difficult for immigrant parents to attain higher education and higher-wage jobs.

Factors such as these create a situation in which immigrant parents are less prepared to help their children with their academics — and that’s before the pandemic necessitated online education and required caretakers to serve as supplemental instructors with digital access.

The problem is that many of these jobs do not translate to remote work, and online learning posed unexpected child-care challenges for these families. Additionally, many immigrant families had two parents working in essential industries. In addition to increasing exposure risk, this situation further restricts parents’ abilities to meaningfully provide academic support to children at home.

The pandemic exacerbated an already significant disparity nationwide. In comparison to native-born parents of young children, immigrant parents were disproportionately less likely to have access to the internet or a computer/laptop:

Although the pandemic prompted many school districts to distribute laptops and internet hotspots to students, the researchers note that distributing more computers doesn’t teach immigrant parents how to use WiFi.

Instead, technology programs improved the share of immigrant homes with access to computers and the internet, without equipping parents with the means to effectively teach at home and support their children’s online education.

Roughly half of the country’s immigrant parents with children ages 0 to 4 and 5 to 10 were low-income, compared to U.S.-born parents.

Among immigrant parents, poverty is more highly correlated with lower levels of formal education than with limited English proficiency. Immigrants represent one-quarter of the country’s total population of parents. But roughly 60% of low-income parents of young children were immigrants without a high school diploma.

What this means for immigrant families

These obstacles have no single solution, but rather, a series of integrated paths forward that provide immigrant parents with pathways to improve their families’ intergenerational trajectories.

The findings point to the value of addressing the basic education needs of low-income immigrant parents of young children, investing in upskilling opportunities, and addressing child-care and transportation needs to empower parents to support their children’s school readiness and academic success.

These challenges existed before the pandemic. But the pressures of COVID-19 further demonstrate the need for two-generation programs that help young children succeed in school by supporting the upward trajectory and integration of immigrant parents.