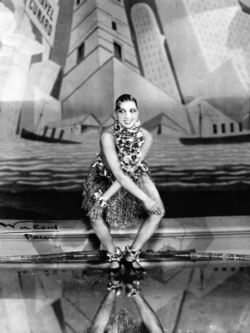 The Roaring 20s may conjure up cosmopolitain images of flappers, speakeasies, art deco and jazz, but the 1920s were also a period of significant changes to U.S. immigration policy that would have repercussions for decades.

The Immigration Act of 1924 (also known as the Johnson-Reed Act) established a strict quota system limiting immigration for each nationality to two percent of the total number of people of that nationality recorded in the 1890 U.S. Census (but excluding immigrants from Asia). The act replaced a previous, more generous quota system that admitted three percent of each nationality’s population in the 1910 census. The 1924 act’s quota was based on the national origins of the full U.S. population, not just those who were foreign-born, yielding a much-larger quota for immigrants from the British Isles and Western Europe. While the quota in place since 1921 had capped immigration at 350,000, the Johnson-Reed Act reduced the cap to just 165,000

The 1924 act meant that even Asians previously allowed to immigrate, such as the Japanese, could no longer do so. It did not place quotas on Latin Americans. 1924 was also the year that the U.S. Border Patrol was established.

The strengthened quotas had a chilling effect on immigration: in 1920 the foreign-born population of the U.S. stood at 13.2 percent. A decade later it had dropped to 11.6 percent. It shrank every decade until 1970, when it bottomed out at just 4.7 percent. The quota system remained in place until the passage of the Immigration and Nationality Act of 1965.