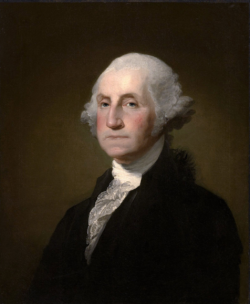 During the early years of the United States, the primary concern around immigration largely dealt with how the fledgling country could draw more immigrants. Thomas Jefferson wrote that “the present desire of America is to produce rapid population by as great importations of foreigners as possible.”

In a 1785 letter to David Humphreys, George Washington suggested that emigration to the United States could help solve Europe’s penchant for ongoing internal wars: “Rather than quarrel abt territory, let the poor, the needy, & oppressed of the Earth; and those who want Land, resort to the fertile plains of our Western Country, to the second Land of promise, & there dwell in peace, fulfilling the first & great Commandment.”

While president, Washington kept the policy — a carry-over from British rule — that encouraged immigration and nearly amounted to open borders. During Washington’s second term, he admitted the first political refugee into the U.S., Edmond-Charles Genêt, a French diplomat who feared he would be executed upon his return to his homeland.