These days, the swirl of immigration headlines can make it difficult to keep track of what’s actually changing versus what’s still just a rumor. Let us break down the past month’s news for you. 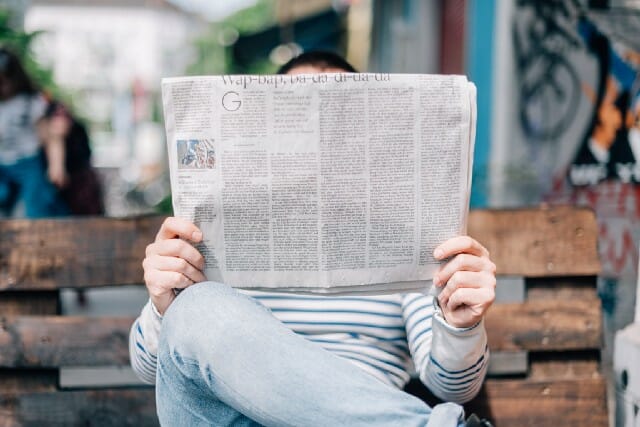 New interview requirement for workers seeking green cards: Starting on October 1, 2017, anyone applying for an employment-based green card will be required to attend an in-person interview with U.S. Citizenship and Immigration Services (USCIS), as will family members of refugees and asylees who are applying for a green card from inside the United States. This change will affect the roughly 122,000 people who move from a temporary employment-based visa to a green card every year, and the roughly 46,000 people who apply for a green card based on their family member’s refugee or asylee status. For the past decade or so, most of these applicants were automatically exempted from the interview requirement, but according to USCIS, the new policy is “part of a comprehensive strategy to further improve the detection and prevention of fraud and security risks to the United States.” While this change doesn’t directly affect marriage green card applicants (who were already required to attend an interview), it seems likely to accelerate the growing wait times in the immigration system.

More red tape for H-1B workers: Employers may find it more difficult to hire high-skill foreign workers, now that immigration lawyers are reporting “exponentially more” required paperwork from USCIS before issuing H-1B visas. These “requests for evidence” are compelling employers to provide extra justification for the wages they plan to pay their entry-level H-1B workers, especially computer programmers. (For more on Requests for Evidence in general, see our blog post: Who’s Afraid of the RFE?)

New hurdle for elderly immigrants seeking U.S. citizenship: Most applicants for U.S. citizenship (technically called “naturalization”) have always been required to provide fingerprints and photos (“biometrics”) so that USCIS can conduct background and security checks. There was a longstanding exemption for applicants aged 75 and older — until now. USCIS recently announced that the biometrics requirement (and its $85 fee) will now apply to nearly everyone seeking U.S. citizenship, regardless of age. There will still be exemptions on certain medical grounds, however, and accommodations for applicants who need a home-based fingerprint appointment.

Fewer options for children seeking refuge: The Department of Homeland Security (DHS) announced that it will end a part of the Central American Minors program, which has allowed young people from Honduras, El Salvador, and Guatemala to come to the United States temporarily even if their initial application for refugee status was denied, as long as at least one parent is already legally in the United States. Most immediately, this means that conditional permission to enter the country has been revoked for 2,700 children who were preparing to rejoin a U.S.-based parent.

Unraveling protections for Dreamers? Any day now, the White House could announce the termination of DACA (“Deferred Action for Childhood Arrivals”), the Obama-era program that has provided work permits and deportation relief for 800,000 undocumented immigrants who were brought to the United States as children (often called “Dreamers”). This rumor appears to be credible, especially given that 10 Republican attorneys-general have threatened to sue the federal government if DACA is not repealed by September 5. (The pleas of 20 Democratic attorneys-general to preserve DACA are apparently less convincing.) Far less credible are reports that after ending DACA, the White House could strike a deal with Congress to give Dreamers green cards in exchange for a host of immigration restrictionist measures — border wall funding, stepped-up deportations, steep cuts to future immigration, and more. That’s not how Congress really works.

Revoking work permits for H-1B spouses? High-skill workers with H-1B visas are authorized to work in the United States, but until 2015, their spouses were not allowed to obtain their own work permits. That’s when a new regulation made it possible for these spouses to work (36,000 of them so far this year), during the years-long wait for their families to obtain green cards. Now this policy is reportedly “on the chopping block,” as the executive branch weighs whether to defend it in court or to dismantle it.

Big cuts to au pair and summer work visas? The White House is reportedly considering “major reductions” for five subcategories of the J-1 cultural exchange visa, including the program for au pairs who provide child care for U.S. families, as well as the work-travel program that currently allows over 100,000 foreign students to work in the United States each summer. Cuts to J-1 visas for university students are reportedly not under consideration.

Greater scrutiny by government officials? The Department of State just updated its Foreign Affairs Manual, the guidebook used by all of its officers at U.S. embassies and consulates who decide whether to issue visas to applicants abroad. The new language instructs consular officers to bear in mind a recent Executive Order emphasizing “the prevention of fraud or abuse.” This could possibly lead to tougher questioning and higher visa denial rates, particularly for foreign students and certain foreign workers. Also this month, USCIS updated its guidance on how to qualify for special permission to enter the United States, for individuals who would otherwise be barred (technically called “waivers of inadmissibility”). It’s still unclear whether this is just a housekeeping exercise to clarify longstanding policy, or a signal of tighter scrutiny to come. (Boundless has more background on how waivers work.)

Category 3: Not a Thing

All of the above changes to immigration policy are either happening right now or are more likely than not to happen soon. Yet this month’s most prominent immigration headline — President Trump’s endorsement of a bill to cut legal immigration in half — is going nowhere. With the caveat that this bill has no chance of passing into law, here are some details for those who remain curious:

Immigration and the states

Resurgence of state immigration laws: Although immigration is primarily a matter of federal law, state legislatures can do a lot to make their state more or less welcoming to immigrants and refugees. A new report reveals that state legislators have already enacted 133 immigration laws in the first half of 2017, nearly double the 70 laws during the same period last year. These laws affect budgets for immigration law enforcement, immigrant education programs, and policies welcoming (or limiting) refugee resettlement. In an interesting twist, there are now 13 states that require all high school students (not just immigrants) to pass some part of the same civics exam that’s required to become a naturalized U.S. citizen. (There are 100 questions in the civics exam — how would you do?)

More legal battles over sanctuary cities: Over the course of the past month, the cities of Chicago, San Francisco, and Los Angeles, along with the State of California, have filed lawsuits against the U.S. Department of Justice, challenging the federal government’s threats to withhold law enforcement grants from “sanctuary cities” (those cities that do not use local and state police forces to enforce federal immigration law). This comes after a federal judge blocked the Trump administration’s original threat to cut off all federal funding to sanctuary cities. Meanwhile, another federal judge just temporarily suspended a Texas state law that would have banned sanctuary cities within the state.

Farmworker shortage hits home: As the summer comes to a close, farmers in California are struggling to find enough workers to harvest their crops, causing more than $13 million in losses in just two California counties. Most farmworkers in California are foreign-born; nationwide, according to the American Farm Bureau Federation, U.S. agriculture needs between 1.5–2 million workers, as many 70% of whom are currently undocumented immigrants.