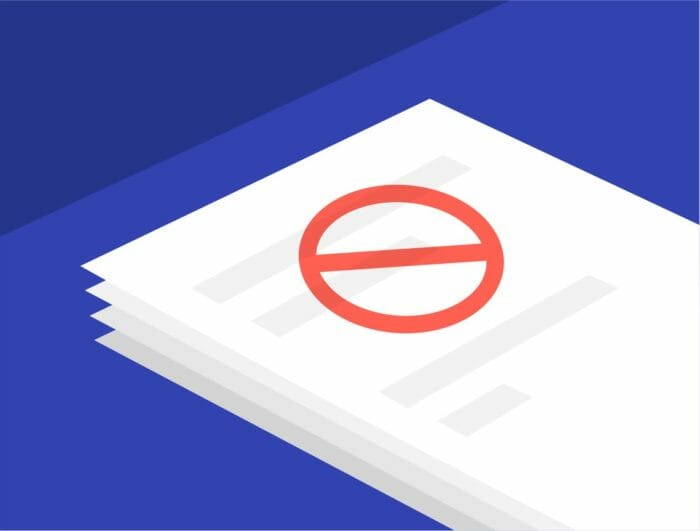 IMPORTANT UPDATE — July 31, 2020: On July 29, 2020, a federal judge temporarily blocked the Trump administration from continuing to enforce its “public charge” rules and health insurance mandate while the United States is under a national public health emergency due to the coronavirus pandemic. Marriage green card applicants applying from outside the United States do not need to include Form DS-5540 (“Public Charge Questionnaire”).

Are you at risk?

If your green card application is in danger of denial under either of the new “public charge rules,” you might be wondering how to avoid that outcome — or at least improve your chances of success.

While it’s difficult to predict the government’s decisions, which involve a lot of discretion on the part of immigration and consular officers, there are ways to mitigate the negative impact of the new rule on your application. The specific steps that might make sense for you depend on your level of public charge risk, either “low” or “moderate to high.”

In this guide, we’ve outlined the various actions you can take now to reasonably boost your approval chances if you’re in the danger zone. We’ve also put together a list of all the new evidence that U.S. Citizenship and Immigration Services (USCIS)—and likely the State Department—plans to require with a green card application.

Are you at risk of denial under the DHS public charge rule?
Find out if you’re in danger.

Get Results
Learn more about the new rule

If you have used the Public Charge Estimator Tool and found you have a moderate or high risk of being considered a “public charge,” then your green card application likely has more negative factors working against your favor than positive factors.

But you may still have options for reducing your risk. These options largely depend on the areas where you find yourself particularly vulnerable:

An existing medical condition, especially one that’s likely to incur significant cost or prevent you from performing daily activities, would be considered a negative factor on your green card application.

What is unsubsidized private health insurance?

Coverage through an employer is the most common type of unsubsidized private health insurance.

Individuals can also purchase private plans through the health insurance marketplaces under the Affordable Care Act (ACA). But the ACA provides subsidies (“premium tax credits”) for any eligible applicant with an income less than 400% of the Federal Poverty Guidelines, and the public charge rule specifically excludes such plans from being a “heavily positive” factor.

In other words, for households under 400% of the Federal Poverty Guidelines (which is most households), having an ACA plan alone will probably not help overcome the public charge rule. (For more details about these plans and subsidies, see this guide.)

Even if you’re a relatively healthy individual, as demonstrated in your green card medical exam, it’s generally still a good idea to purchase private health insurance, especially if you have other negative factors on your application not related to poor health, such as a lack of English proficiency or an age outside of the designated working years (18–61).

If that’s your goal, then it might be worth looking into short-term health insurance plans. A few important things to keep in mind about these types of plans:

IF YOU’RE NOT SUFFICIENTLY PROFICIENT IN ENGLISH

Lack of English proficiency will count against you under the public charge rule, so getting certified for English language skills could lower your risk of your green card application getting denied. Learn more here about what to do if you’re not proficient in English, and the best ways to get certified.

IF YOU DO NOT HAVE PROFESSIONAL SKILLS

To avoid being penalized under the public charge rule for lack of professional skills, it’s generally helpful to obtain an occupational certification or license. First, it’s important to understand the difference between a certification, which is obtained through a nongovernmental body, and a license, which is granted by a government agency, and allows a professional to work in a particular field or industry.

Certificates and licenses vary depending on the skills you wish to learn. But the most common industries requiring certifications and licenses are health care, education, law, social services, and many science occupations, among others.

The public charge rule looks most favorably upon the wealthiest applicants, particularly those who have a household income of at least 250% of the Federal Poverty Guidelines for their household size, which is one of the factors considered “heavily positive.”

Based on this criterion alone, about 56% of all family-based green card applicants could be at risk under the public charge test. While it’s unlikely you can boost your household income in a short period of time, there are other financial factors that might be easier to improve before filing a green card application.

IF YOU HAVE A negative CREDIT HISTORY OR “POOR” CREDIT SCORE

The government plans to look for a clean credit history and a “good” credit score under the public charge rule, though it doesn’t specify an exact range or threshold, or any particular credit score brand (there are several). But in all likelihood, the cleaner your credit report and the higher your credit score, the better your chances of approval.

Credit scores are calculated based on the contents of your credit reports. There are many different types of credit scores, but the most widely used in the financial industry are those from FICO and VantageScore. According to FICO, a score of at least 670 is “good,” and in theory the government is likely to consider this “good,” as well. If your score is below that number, then it’s wise to start improving it now. Bad records can take 7–10 years to fall off your credit report—but errors, which are common in U.S. credit reports, are much easier and take far less time to remove. Taking this simple step could provide a useful lift to your credit score.

IF YOU HAVE FINANCIAL LIABILITIES

The public charge rule considers a wide range of financial liabilities to be “negative factors,” including:

Paying off debts — if you have the means — could increase your chances of approval for a green card, though it is still unclear what kind and size of debt the government is most likely to consider problematic.

While it’s likely not possible for most people to pay off their mortgage in a short period of time, it could help to tackle as many smaller debts as possible. For example, you could try to wipe out as much of your credit card balances as you can before you submit your green card application. Payments are reported to the credit bureaus — and therefore reflected in your credit reports and scores — often as soon as your monthly credit card statements are generated by your financial institution. Just make sure to print out receipts of your payments to prove you’ve taken care of these liabilities.

Do you stand a chance against the DHS public charge rule? The Boundless Public Charge Risk Estimator can help you determine your chance of success.

Even if the Public Charge Risk Estimator designates your situation as “low risk,” it’s a good idea for anyone to start collecting all the new evidence that the government will require with a green card application.

Here’s a list of the supporting documents you’ll need, according to USCIS:

How well would your application fare under the public charge test? Find out using the Boundless Public Charge Risk Estimator.

GET RESULTS
Learn about the new rule

Everything You Need to Know About the Public Charge Rule

The Public Charge Rule on U.S. Visa Applications Filed from Within the U.S.

The Public Charge Policy on U.S. Visa Applications Filed from Outside the U.S.

Report: Unlawful “Public Charge” Immigration Rule Would Cost Up to $13 Billion and Separate Thousands of Families Each Year

We’ve joined forces with RapidVisa. Boundless legal support plus RapidVisa speed means you get the fastest and best green card and naturalization service!