For the first time since the program was created on June 15, 2012, the overwhelming majority of the country’s undocumented high school graduates will be ineligible for the Deferred Action for Childhood Arrivals (DACA) program because they entered the U.S. after the required arrival date of June 15, 2007.

According to a new report by FWD.us, around 100,000 undocumented young people will graduate from high school in 2022, with an additional 600,000 students currently enrolled in grades K-12 across the U.S.

However, of these 100,000 graduates of the class of 2022, only a quarter would be eligible for DACA, which requires (among other things) that the person applying have entered the U.S. before June 15, 2007. It is estimated that at least 100,000 undocumented students will graduate each year from U.S. high schools for at least the next three years; it is likely that each year the proportion of these students eligible to enter the workforce with an employment permit through DACA will shrink.

This report comes as the DACA program is in extreme jeopardy at the Fifth Circuit Court of Appeals, which is preparing to hear the appeal of a federal judge’s order blocking new DACA applications in July 2021. The Trump administration attempted to terminate DACA in 2017, and the program has been stuck in legal limbo since that time.

This litigation further reduced the number of students able to access relief and work authorization through the DACA program, as the window of time to submit an application in 2021 was only about six months, between the attempted termination of the program and the various court orders preventing new applications.

The Biden administration is seeking to overturn the order blocking new applications that was issued in July 2021. Oral arguments, which are the next step in the lawsuit at the Fifth Circuit, are scheduled for July 6, 2022.

In the meantime, the administration is working on a new rule to codify DACA, which was announced in September 2021 and expected sometime before the November midterm elections.

Despite the forthcoming rule, however, the prolonged uncertainty around the program and the fate of the 2.8 million estimated Dreamers who live in the U.S. has taken a toll: DACA recipients reported a drop in feelings of integration and inclusion in the U.S. of 15% from 2020 to 2021. 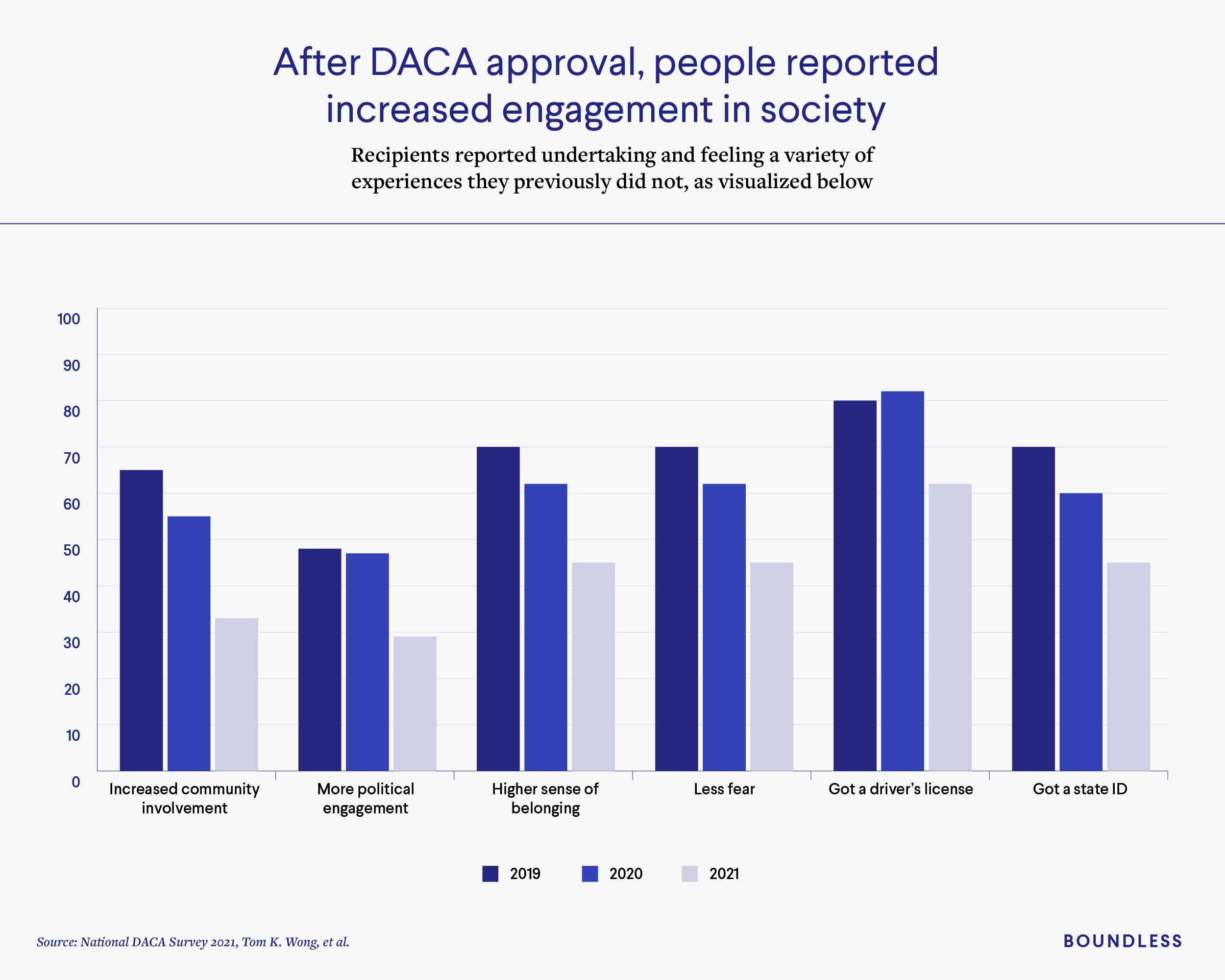