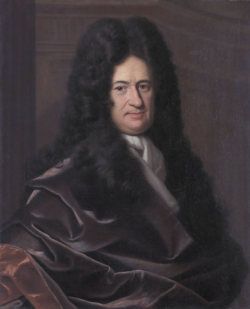 The mathematical system of calculus was famously developed independently in the 17th century by Isaac Newton and Gottfried Wilhelm Leibniz. Although Newton was born and worked in England, Liebniz spent much of his life as an immigrant in the fractured world of Europe during and immediately after the Thirty Years’ War. Liebniz was born and raised in Leipzig in Saxony, attended the University of Altdorf outside the Free Imperial City of Nuremberg, and later worked in Nurenburg and Paris. It was in Paris that Liebniz did his work towards the discovery of integral calculus.

Despite his qualifications, Leibniz was denied entry to the prestigious French Academy of Sciences because the academy’s leadership determined the body already had too many foreign members. He later migrated to the Duchy of Brunswick-Luneburg, where he served as a historian to the House of Brunswick. He later served as an Imperian Court Councillor to the Habsurgs in Vienna.

In the 20th century, another immigrant, Abraham Robinson, built on Leibniz’s discoveries to develop what is known as non-standard calculus, which showed that the “infinitisimal numbers” used in Leibniz’s calculus could be rigorously justified. Robinson was born in Waldenberg Germany (today’s Walbrzych, Poland) in 1918, emigrated to Palestine in 1933, and came to the University of California, Los Angeles in 1962 and to Yale University in 1967.

Not what you were looking for?

If you were expecting a textbook or academic study website, you may be looking for the former Boundless website. Boundless Immigration empowers families to navigate the immigration system more confidently, rapidly, and affordably with the help of our award-winning software and independent immigration lawyers.