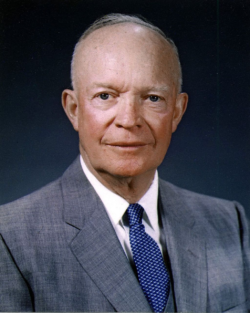 In 1953 Eisenhower signed the Refugee Relief Act of 1953, welcoming 214,000 more European immigrants to the U.S. than were allowed under the current system of visa quotas. The 1953 Act was in many ways a continuation of the 1948 Displaced Persons Act, which had expired in 1952.

Eisenhower’s administration also presided over the pejoratively-named “Operation Wetback,” the mass deportation of up to 1.3 million undocumented Mexicans illegally in California, Arizona and Texas. The operation, which lasted several months, went forward with at least the tacit approval of the Mexican government, labor groups, and Mexican Americans worried that uncontrolled immigration made the lives of legal immigrants more difficult. The raids disrupted agricultural work in the effected areas, and several Mexicans died due to heat stroke while in the custody of U.S. immigration officials.