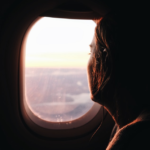 According to a 2014 report by the OECD, worldwide migration has significant benefits for labor markets, economic growth, and tax revenue. Migrants accounted for 47% of the increase in the U.S. workforce between 2004 and 2014 and over 70% of the increase in Europe over the same period. Migrants also tend to contribute more in taxes than they receive in benefits. By augmenting the working-age population and bringing skills to their receiving countries, migrants help to spur the economies of the places where they work.

But what about the places migrants leave behind? One way that migrants can benefit the sending countries is through the flow of remittances — this is a particularly strong effect for temporary migrants. According to the World Bank, in 2016 global remittances totaled $429 billion. Even when migrants settle permanently in their new countries, they often cultivate trade and business links with the sending countries through diaspora networks.

That said, an outflow of highly-skilled migrants can arguably amount to “brain drain” for the sending countries. For instance, African countries send 20,000 skilled personnel to the developed world every year, meaning there are fewer people with those skills to meet in-country needs. But this transfer of skilled personnel is not always the end of the story. In addition to remittances and trade networks, some migrants do return to their home country — with even greater education, skills and experiences gained during their time abroad.