Almost one third of all new cases in U.S. immigration courts are children under the age of 18, and of those cases, 40% are toddlers under the age of 4, according to a new report released last week.

Since the fiscal year (FY) began in October 2021, slightly less than one in eight Notices to Appear in immigration court were issued to children aged 0-4 These toddlers under 5 make up 12% of all immigration cases so far in FY2022, which runs from October 2021 until September 2023.

Of the known reported numbers, the data showed that 310,359 new immigration court cases have been started so far this fiscal year, with 81,080 of those removal (deportation) hearings being initiated against children under age 18. Of those nearly 82,000 children, 32,691 were age 0-4. 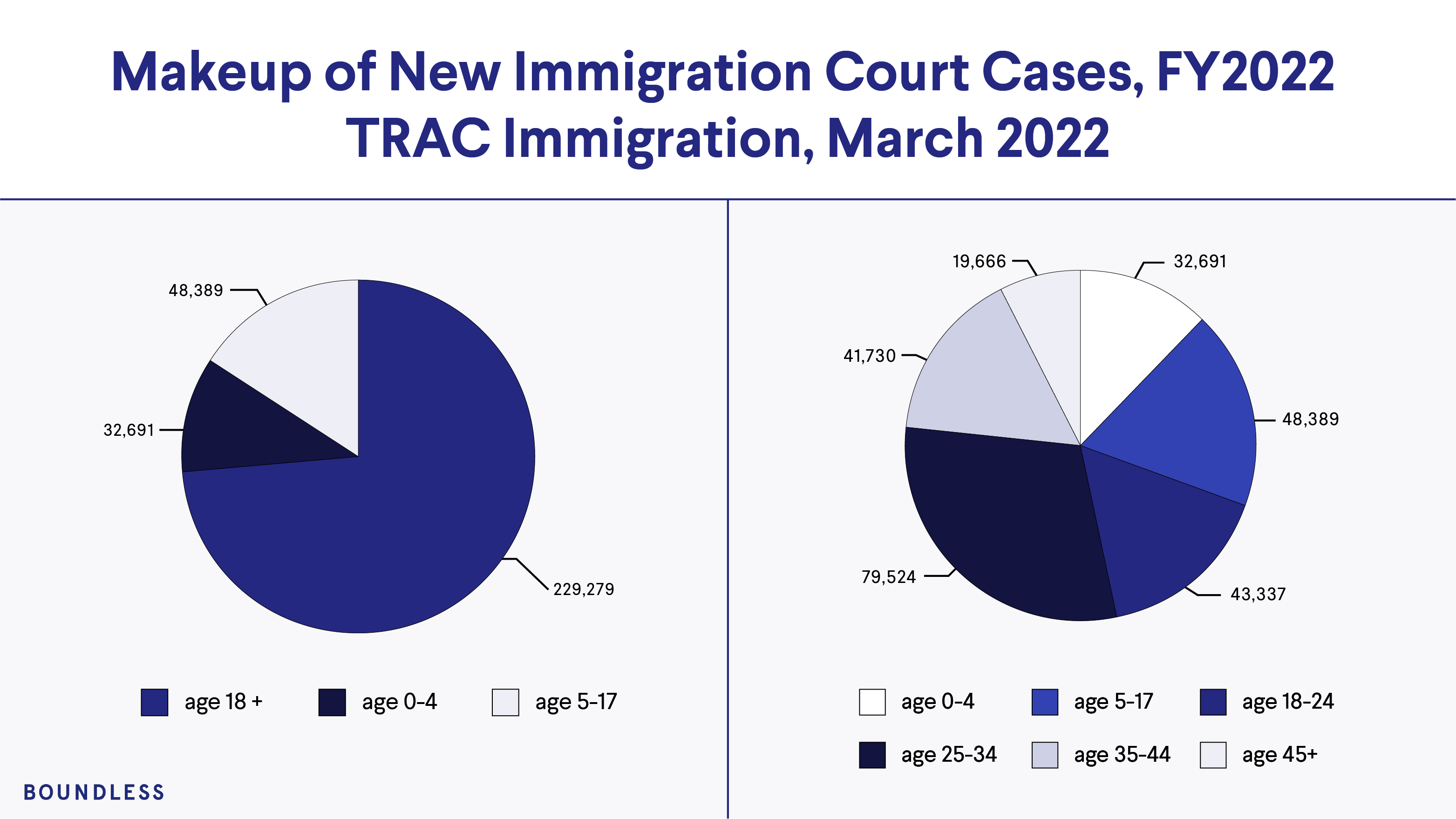 The Transactional Records Access Clearinghouse, a nonpartisan and nonprofit data gathering, data research, and data distribution organization at Syracuse University, noted that the numbers of children reported by the immigration court system were actually an under-count, because in an additional 15% of cases this year the child’s age was unknown.

Additionally, the Department of Justice’s Executive Office for Immigration Review, which houses the immigration courts, stopped tracking information about immigration cases and children in the immigration court specifically during the Trump administration. Independent analysis by TRAC determined that “the data used by the Immigration Court for tracking and reporting on juveniles who are facing deportation appear to be seriously flawed” to the point that it cannot be trusted.

It is important to note that, unlike the American criminal justice system, there is no constitutional right to counsel for someone in immigration court proceedings. This is true even for unaccompanied minors under age 18, as well as for toddlers under age five. The American Immigration Council (AIC) estimated in 2016 that only 37% of all immigrants nationwide had legal representation during their removal cases, and immigrants in detention only have a lawyer’s help 14% of the time. The Council also notes that “immigrants with attorneys fare better at every stage of the court process,”

The National Immigrant Justice Center (NIJC) notes that “immigrants who have limited English proficiency and understanding of America’s complex immigration system, including children, are forced to argue their cases in court without legal representation. In their hearings, they face adversarial government attorneys representing one of the best-resourced federal agencies, U.S. Immigration and Customs Enforcement.”

The AIC found in its 2016 study that immigrants represented by an lawyer in immigration court were in some cases nearly five times more likely to be granted relief than an immigrant without the help of an attorney.

The hundreds of thousands of cases initiated so far in FY2022 have been added to the immigration courts’ already staggering backlog, currently standing at more than 1.6 million pending cases as of January 18, 2022.

Check Eligibility
Learn what we do for you