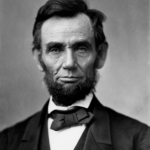 “I esteem foreigners no better than other people, nor any worse. They are all of the great family of men, and if there is one shackle upon any of them, it would be far better to lift the load from them than to pile additional loads upon them. And inasmuch as the continent of America is comparatively a new country, and the other countries of the world are old countries, there is more room here, comparatively speaking, than there is there; and if they can better their condition by leaving their old homes, there is nothing in my heart to forbid them coming; and I bid them all God speed.” 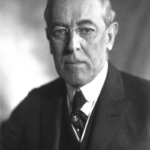 “I am sorry to say that the gravest threats against our national peace and safety have been uttered within our own borders. There are citizens of the United States, I blush to admit, born under other flags but welcomed under our generous naturalization laws to the full freedom and opportunity of America, who have poured the poison of disloyalty into the very arteries of our national life; who have sought to bring the authority and good name of our Government into contempt, to destroy our industries wherever they thought it effective for their vindictive purposes to strike at them, and to debase our politics to the uses of foreign intrigue. Their number is not great as compared with the whole number of those sturdy hosts by which our nation has been enriched in recent generations out of virile foreign stock; but it is great enough to have brought deep disgrace upon us and to have made it necessary that we should promptly make use of processes of law by which we may be purged of their corrupt distempers.” 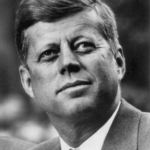 “It is a proud privilege to be a citizen of the Great Republic, to hear its songs sung, to realize that we are the descendants of 40 million people who left other countries, other familiar scenes, to come here to the United States to build a new life, to make a new opportunity for themselves and their children.” 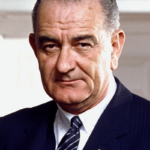 “This bill says simply that from this day forth those wishing to immigrate to America shall be admitted on the basis of their skills and their close relationship to those already here. This is a simple test, and it is a fair test. Those who can contribute most to this country–to its growth, to its strength, to its spirit–will be the first that are admitted to this land…

“Our beautiful America was built by a nation of strangers. From a hundred different places or more they have poured forth into an empty land, joining and blending in one mighty and irresistible tide. The land flourished because it was fed from so many sources–because it was nourished by so many cultures and traditions and peoples. And from this experience, almost unique in the history of nations, has come America’s attitude toward the rest of the world. We, because of what we are, feel safer and stronger in a world as varied as the people who make it up–a world where no country rules another and all countries can deal with the basic problems of human dignity and deal with those problems in their own way…

“The days of unlimited immigration are past. But those who do come will come because of what they are, and not because of the land from which they sprung.” 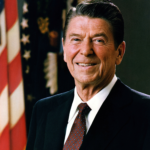 “I received a letter just before I left office from a man. I don’t know why he chose to write it, but I’m glad he did. He wrote that you can go to live in France, but you can’t become a Frenchman. You can go to live in Germany or Italy, but you can’t become a German, an Italian. He went through Turkey, Greece, Japan and other countries. but he said anyone, from any corner of the world, can come to live in the United States and become an American.” 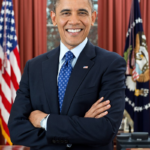 “We can never say it often or loudly enough: Immigrants and refugees revitalize and renew America. … Immigrants are the teachers who inspire our children, and they’re the doctors who keep us healthy. They’re the engineers who design our skylines, and the artists and the entertainers who touch our hearts. Immigrants are soldiers, sailors, airmen, Marines, Coast Guardsmen who protect us, often risking their lives for an America that isn’t even their own yet.”