Every year since 1980 the American Sociological Association has given the W.E.B. Du Bois Career of Distinguished Scholarship Award. Several recipients of the award came to the U.S. as immigrants — an experience that informed many aspects of their own work.

Alejandro Portes, who immigrated to the U.S. from Cuba, won the 2010 W.E.B. Du Bois Career of Distinguished Scholarship Award. His academic work has focused on immigration and the lives of immigrants and their children. His notable publications include Legacies: The Story of the Immigrant Second Generation

Another immigrant to win the W.E.B. Du Bois prize was Herbert J. Gans, who was born in Cologne, Germany in 1927. He trained at the University of Pennsylvania and the University of Chicago. Gans was a critic of 1960s-era urban renewal. He studied life in post-war U.S. suburbs, in particular the ways people from disparate backgrounds come together to form functioning communities.

Peter Blau, who won the Du Bois prize in 1996, was born in Vienna, Austria in 1918. He emigrated to the U.S. in 1939 and attended Elmhurst College and Columbia University. He became an expert in organizational sociology (a field he co-founded) as well as bureaucracy, social structure, and stratification. 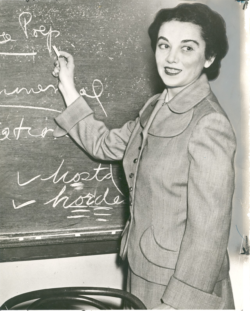 Mirra Komarovsky was born in Russia in 1905. She was educated at Barnard College and Columbia University. Komarovsky is considered a pioneer of the sociology of gender.

NOT WHAT YOU WERE LOOKING FOR?

If you expected a textbook company, you may be looking for the former Boundless website. Boundless Immigration empowers families to navigate the immigration system more confidently, rapidly, and affordably with the help of our award-winning software and independent immigration attorneys.

Learn more about marriage visas and American citizenship in our immigration resources section.