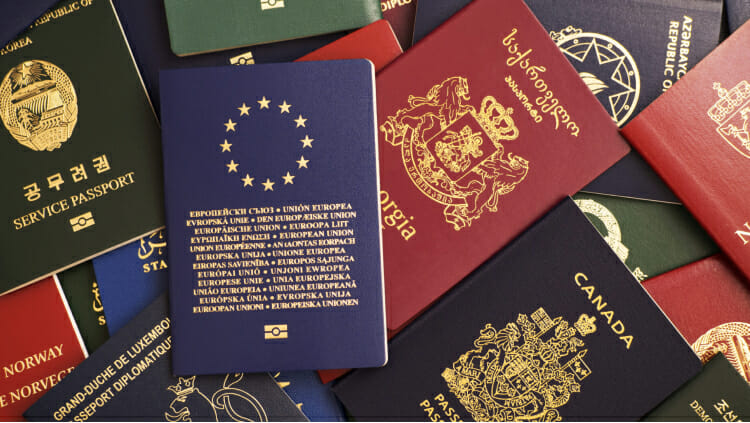 If you hold a passport from Japan, Singapore, Germany, and South Korea, congrats! You carry the world’s most travel-friendly passports and can travel visa-free or visa-on-arrival to more than 190 countries around the world.

That’s according to the Henley Passport Index, a quarterly ranking of the most powerful passports in the world based on the number of countries a passport holder can enter without needing a visa. The Index uses data from the International Air Travel Association (IATA), and analyzes 199 passports and 277 destinations.

Japan’s passport made the top of the 2021 rankings for the third consecutive year, allowing passport holders to enter 193 countries. Singapore came in second place, granting access to 192 destinations.

Germany and South Korea tied for third place, followed by Finland, Italy, Luxembourg, and Spain in fourth. The United States came in seventh place, evidence of how much the power of the U.S. passport has dropped in recent years. In 2015, the United States was the second most powerful passport in the world, with the United Kingdom in the number one spot.

The 10 Most Powerful Passports in the World

If you’re curious to see where your passport ranks, the Henley Passport Index allows you to search the list by passport type.