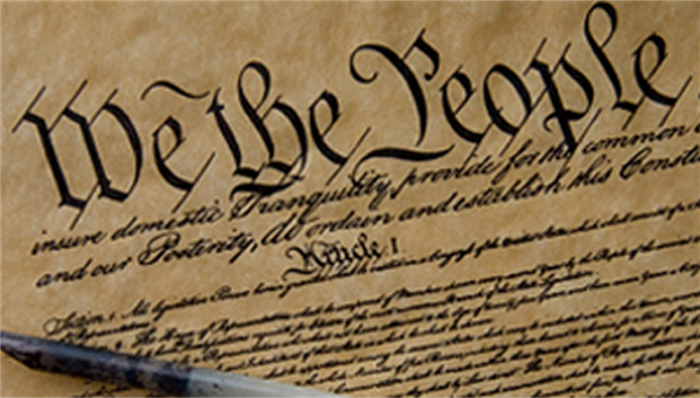 The U.S. Constitution gives very few specifics about the way U.S. immigration policy should look, but it provides broad guidelines as to who has authority to make such policy, as well as the legal means for challenges to elements of that policy.

In Article I, Section 8, the U.S. Constitution grants Congress the responsibility “To establish an uniform Rule of Naturalization,” determining how immigrants can become citizens. Despite this charge, many states enacted their own immigration policies during the Republic’s early years. According to the University of California, Irvine law professor Jennifer Chacon, “for the first century of the United States’ existence, many states enacted laws regulating and controlling immigration into their own borders. Various states passed laws aimed at preventing a variety of populations from entering the borders of their states, including individuals with criminal records, people reliant on public assistance, slaves, and free blacks.”

Since the late 19th century, the U.S. Supreme court has consistently backed the federal immigration regulations against constitutional challenges. Still, Chacon writes, “Notwithstanding the letter of the law, federal immigration law is always mediated by powerful intervening forces at the state and local level.”

The Constitution allows immigrants who become naturalized citizens to serve in any government office except for one — the presidency itself. In Article II, Section 1 the Constitution affirms that “No Person except a natural born Citizen, or a Citizen of the United States, at the time of the Adoption of this Constitution, shall be eligible to the Office of President.”