Since its inception in June 2012, the Deferred Action for Childhood Arrivals (DACA) program has provided temporary relief from deportation as well as work authorization to undocumented young people across the United States.

As of December 2021, there were approximately 611,470 DACA recipients. More than half of them were female. The majority of DACA recipients are single, and two-thirds are between the ages of 20 and 30 years old. 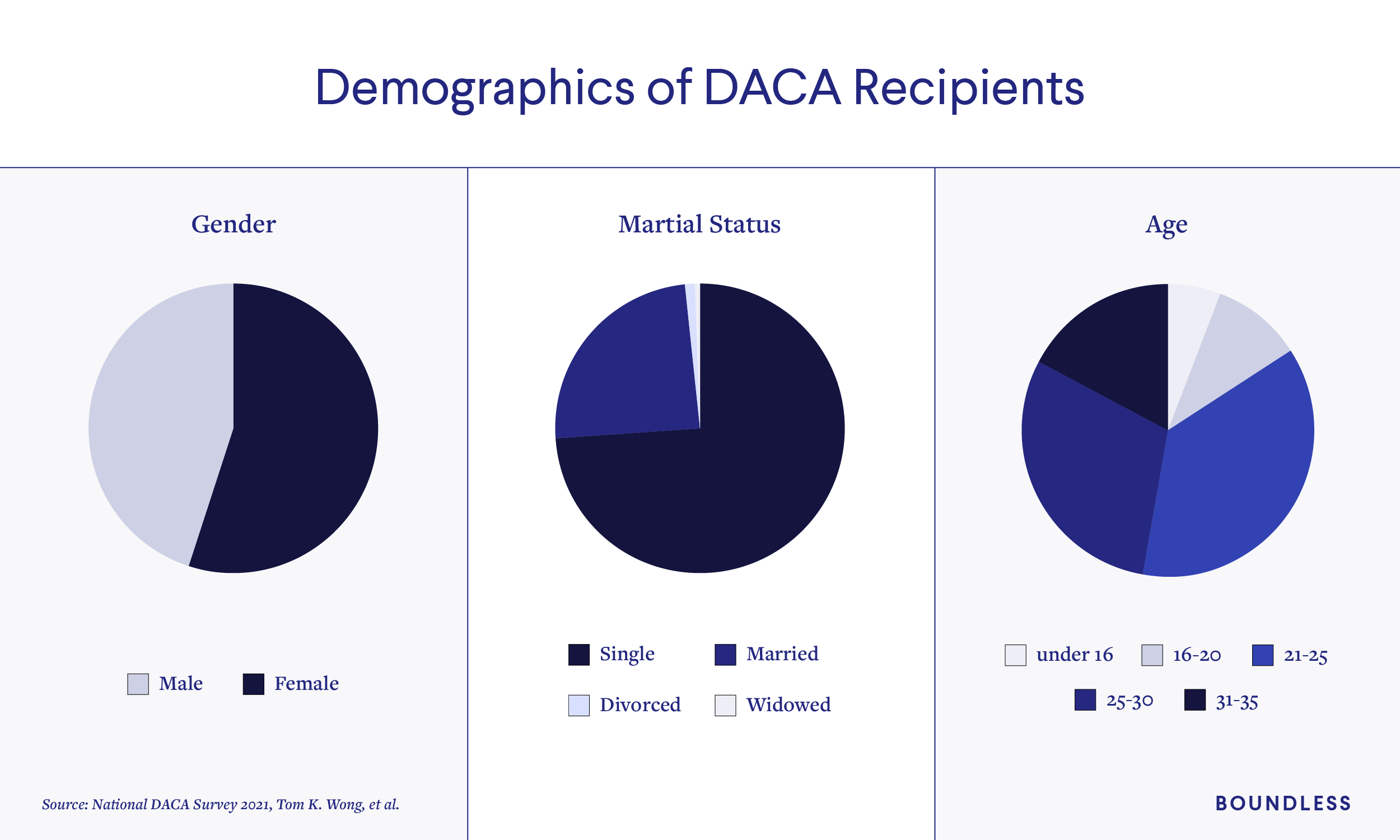 Nearly 500,000 – about 80% – of DACA recipients were born in Mexico, and most others in El Salvador, Guatemala and Honduras. In total, there were DACA recipients whose places of birth span approximately 139 countries. Almost half of all DACA recipients lived in California and Texas, followed by Illinois and New York. 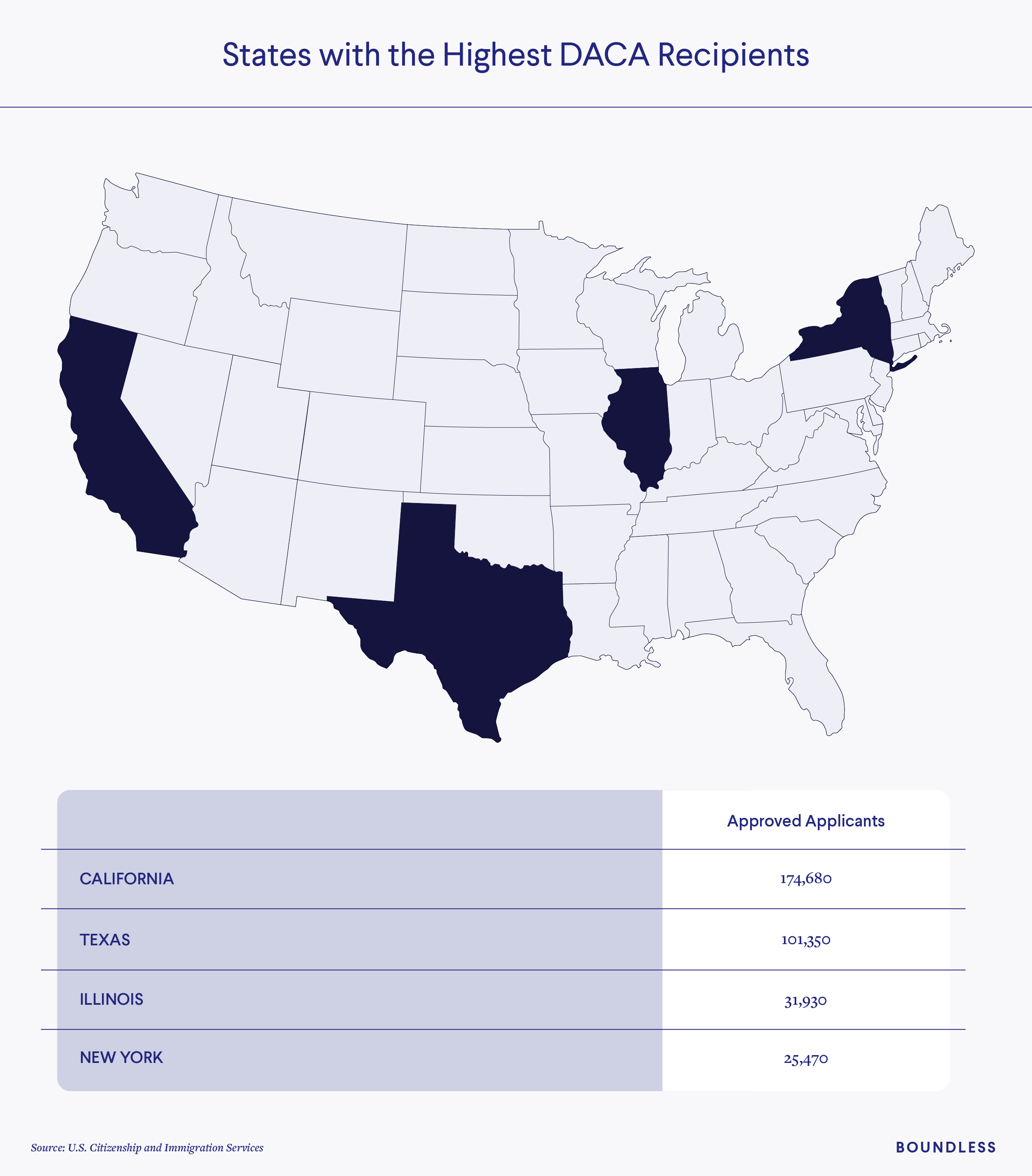 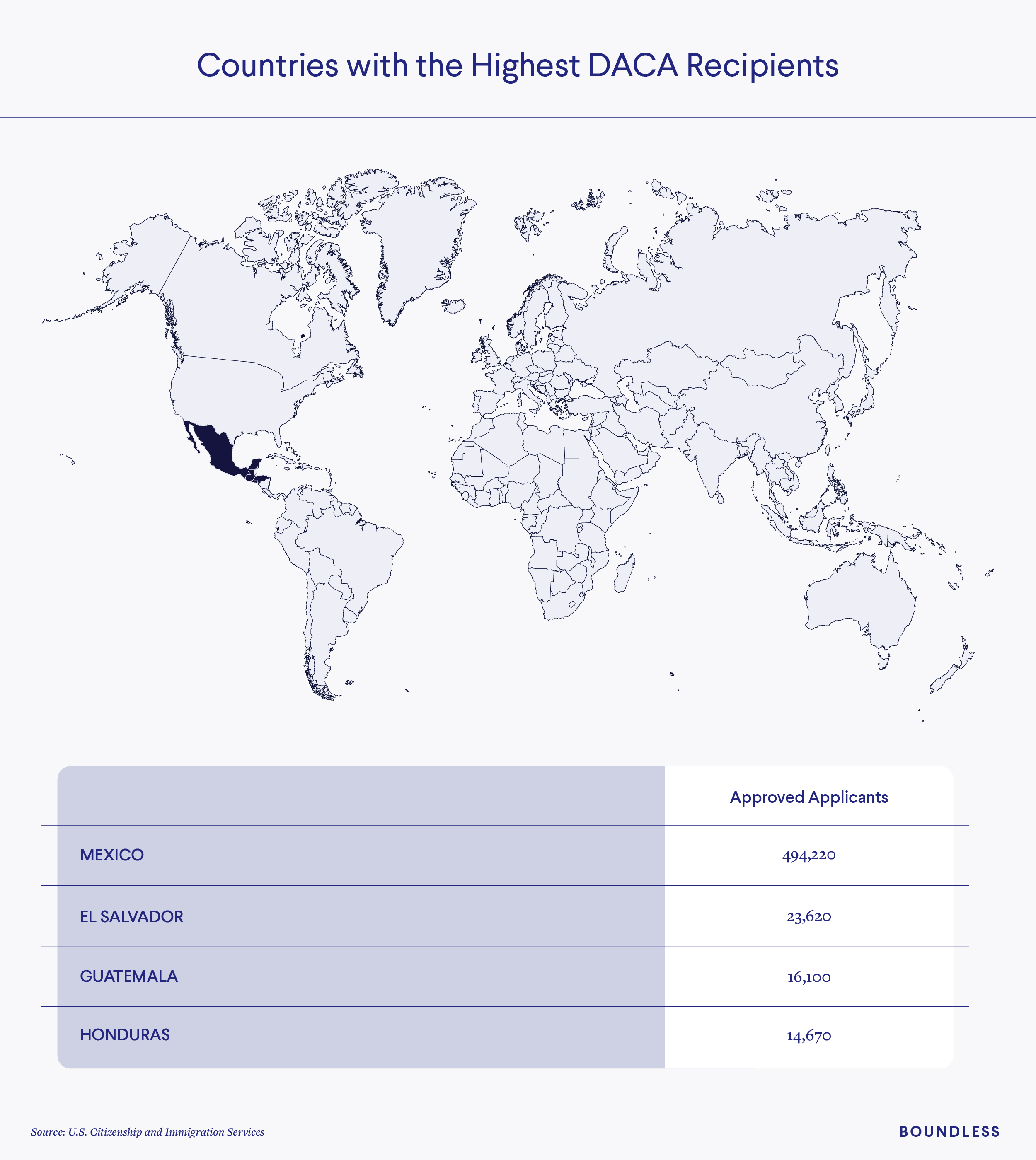 Results from the 2021 National DACA Study

The following data are results from a national study conducted for the sixth consecutive year by Tom K. Wong, an associate professor of political science and founding director of the United States Immigration Policy Center (USIPC) at UC San Diego.

The national study consisted of a questionnaire that was administered to an online panel of DACA recipients recruited by partner organizations. Several steps were taken to account for known biases that arise from online surveys such as multiple responses from the same person or responses from people that are not actually undocumented. To prevent these, recipients were not offered incentives for participation and the platform only allowed one response per IP address. Participants were also asked specific questions about their immigration history and DACA application at different moments in the questionnaire, worded differently each time. If their responses were consistent, they were considered real DACA recipients and included in the results. If not, their responses were excluded. The full results can be found here.

Of the 1,021 people surveyed, most lived in California, followed by Texas, New York and Florida respectively – mirroring the statistics of DACA recipients overall. More than 90% of surveyed participants identified their race/ethnicity as Hispanic or Latinx, with the average age being 28 years old currently and around 6 years old when they first came to the United States. More than three fourths of people identified as straight, with another 18% identifying as either gay, lesbian, or bisexual.

Many economists have long maintained that DACA benefits the overall U.S. economy. DACA was also found to improve labor force participation and lower the unemployment rate among undocumented immigrants. Data from the 2021 National DACA Study shows that economic integration significantly improved upon DACA approval. Almost 80% of recipients reported being employed after their DACA application was approved, compared to less than half that number prior to it. DACA also doubled the average income of recipients, from about $11/hour before DACA to nearly $23/hour after, bringing the average annual income to approximately $50,000, on par with the median income of a U.S. household.

The access to financial stability and opportunity for higher income opened up a world of possibility for the surveyed DACA recipients. It led to an increase in their economic activity as well as allowed them to build a life aligned more closely with their personal and professional goals. For the majority of those surveyed, DACA allowed for financial independence and the ability to financially support their families. For some it meant being able to care for elderly family members or young children, pay for medical expenses or college tuition. For others it included getting relevant jobs that fit long-term career goals and provided health insurance. It also opened up access to better housing options, bank accounts, cars, and saving accounts.

In the 2020 survey, a section on civic engagement was included ahead of the Presidential election, which showed that the DACA program also increased recipients’ comfort with political participation. Of all the DACA recipients surveyed then, nearly half reported being more politically engaged, with more than 90% indicating they would vote or encourage friends and family to vote in the election. The same percentage of people reported supporting movements like Black Lives Matter.

No longer fearing deportation once their application is approved, DACA recipients are often more inclined to become engaged in their community. Of the 1,021 people surveyed, however, less than half reported feeling a stronger sense of belonging in the United States and reduced fear because of their immigration status. This percentage – 45% – is significantly lower than the 63% from 2020, indicating fewer feelings of assimilation and comfort even after DACA approval.

Low compared to previous years, after DACA application approval, in 2021: