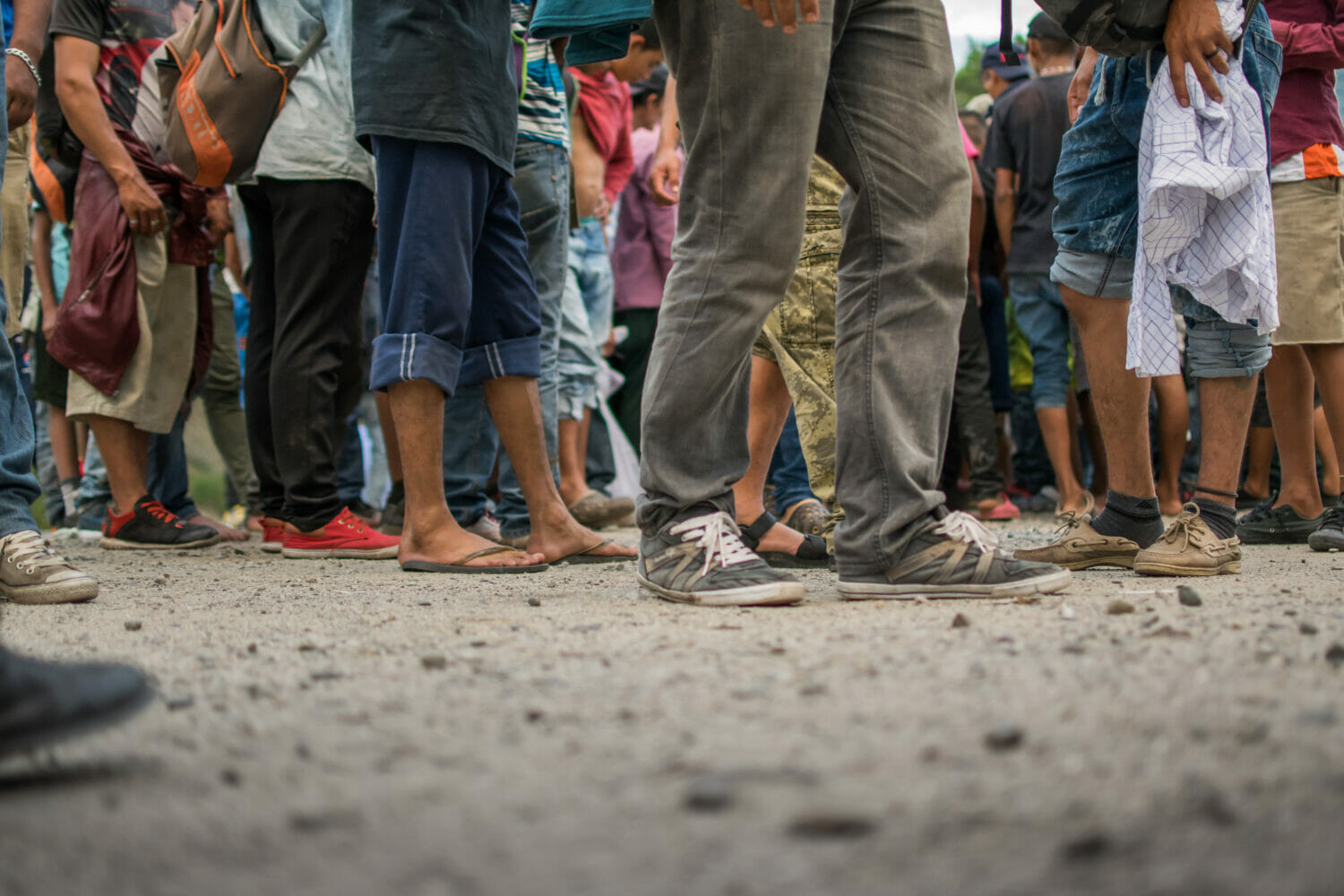 The Biden administration announced Wednesday it would allow up to 24,000 Venezuelans to enter the U.S. by air under a humanitarian parole program.

Venezuelans who enter the country illegally, however, will be sent straight to Mexico under a controversial Trump-era public health rule known as Title 42.

The announcement comes after a dramatic surge of Venezuelan migrants at the U.S.-Mexico border. So far this year, more than 100,000 Venezuelans have made the dangerous trek through the jungle to Panama, in the hopes of reaching the U.S. southern border.

The economic and humanitarian crisis in Venezuela has forced more than 6 million people to flee the country in the past five years.

To qualify for the humanitarian parole program, Venezuelans must prove they have someone in the U.S. who can financially support them for two years. They will be granted work permits, allowing them to temporarily work in the United States.

They must also meet certain vaccination and public health requirements and cannot enter Mexico or Panama illegally, have dual nationality or permanent resident status of another country, or currently hold refugee status with another country.

The Biden administration said in a statement that, effective immediately, it will start flying eligible Venezuelans to the U.S. to ease pressure at the U.S.-Mexico border.