IMPORTANT UPDATE — MARCH 9, 2021: Both the new Department of Homeland Security (DHS) public charge rule and the Department of State (DOS) public charge policy are currently not in effect. The DHS rule was halted on March 9, 2021, while the DOS policy was paused indefinitely on July 29, 2020. This page reflects those policies, which initially took effect on Feb. 24, 2020, and will not be immediately updated according to the previous, longstanding guidance issued in 1999. Learn more.

In partnership with UnidosUS, a Latino advocacy group, Boundless has created a simple tool that simulates the State Department’s public charge test to help green card applicants estimate their risk of being denied under the new rule.

Who should use the Public Charge Risk Estimator? 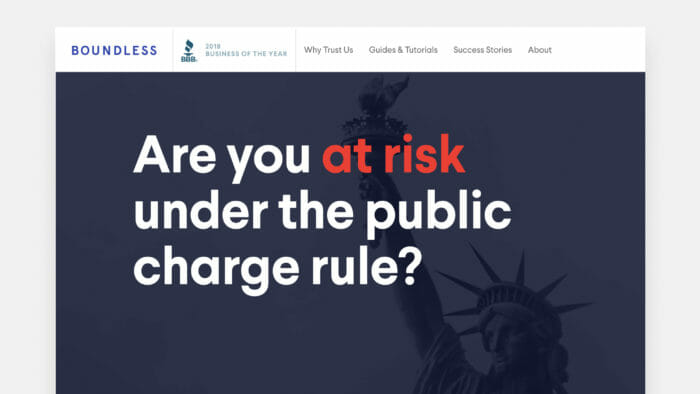 Take note that the new rule applies only to applicants filing from outside the United States. Courts blocked the rule that applies to applicants applying from within the United States — through a process known as “Adjustment of Status” — while lawsuits from more than a dozen states make their way through the courts. But it’s never too early to prepare in the event the DHS public charge rule goes into effect.

While it isn’t easy to predict what a consular officer will decide, there are ways you can soften the negative impact of the rule on your green card application. The steps you take will depend on your level of public charge risk, either “low” or “moderate to high.” That’s where the new Boundless Public Charge Risk Estimator can help.

Are you at risk of denial under the public charge rule? Find out using the Boundless Public Charge Risk Estimator.

How does the Public Charge Risk Estimator work? 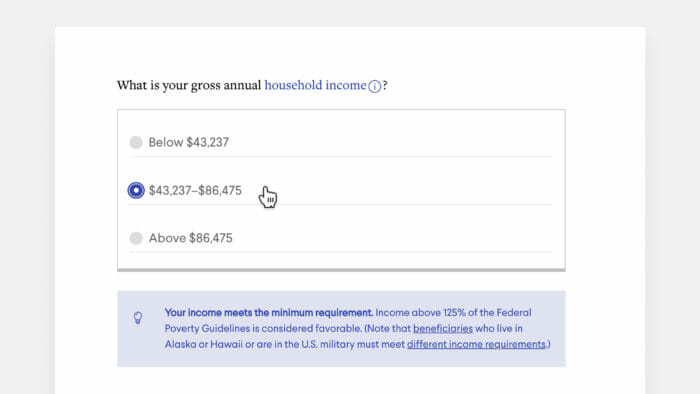 The process couldn’t be easier. You simply answer a few basic questions, and the estimator gauges your risk of being denied based on your responses. Questions cover such factors as age, the type of green card you’re applying for, education level, employment history, and income.

When you’re done answering the questions, the estimator tells you whether you’re low or moderate to high risk, then highlights any vulnerable areas in your results. The tool tells you what is and isn’t working in your favor, as well as your options for improving your odds of approval.

Will the State Department’s public charge rule also be blocked?

As of now, the public charge guidelines are set to take effect on Oct. 15 for green card applicants filing from outside the United States, affecting 13 million green card and visa applicants each year, says Boundless co-founder Doug Rand. However, experts are doubtful that the State Department’s rule can be successfully executed while the DHS rule is blocked.

Which areas of your green card application are most at risk? Use the Boundless Public Charge Risk Estimator to find out.

GET RESULTS
Learn about the new rule

The Public Charge Policy on U.S. Visa Applications Filed from Outside the U.S.

Report: Unlawful “Public Charge” Immigration Rule Would Cost Up to $13 Billion and Separate Thousands of Families Each Year