2017 was a tough year for immigrants. The incoming Trump administration immediately enacted policies that made it much harder for immigrants to legally immigrate to the United States.

It was also the year when a small Seattle-based startup with big ambitions appeared on the scene. Boundless hoped to transform the immigration landscape, leveraging technology to make it easier and more affordable for families to navigate the complex U.S. immigration system.

On Feb. 13, Boundless will celebrate its five-year anniversary. From a shared space in a start-up incubator, Boundless has evolved into a global workforce with employees based in 3 countries, 11 states in the U.S., and in over 29 different cities worldwide. Since its inception, Boundless has helped reunite more than 73,000 families.

“Nearly 30 years ago, my parents gave up everything so that I could have the opportunities I have today,” said Xiao Wang, Boundless co-founder and CEO, who immigrated to the United States when he was a boy. “And now, we have the privilege and obligation to help as many others as possible achieve their own dreams.”

Here’s a look at some of Boundless’ biggest achievements: 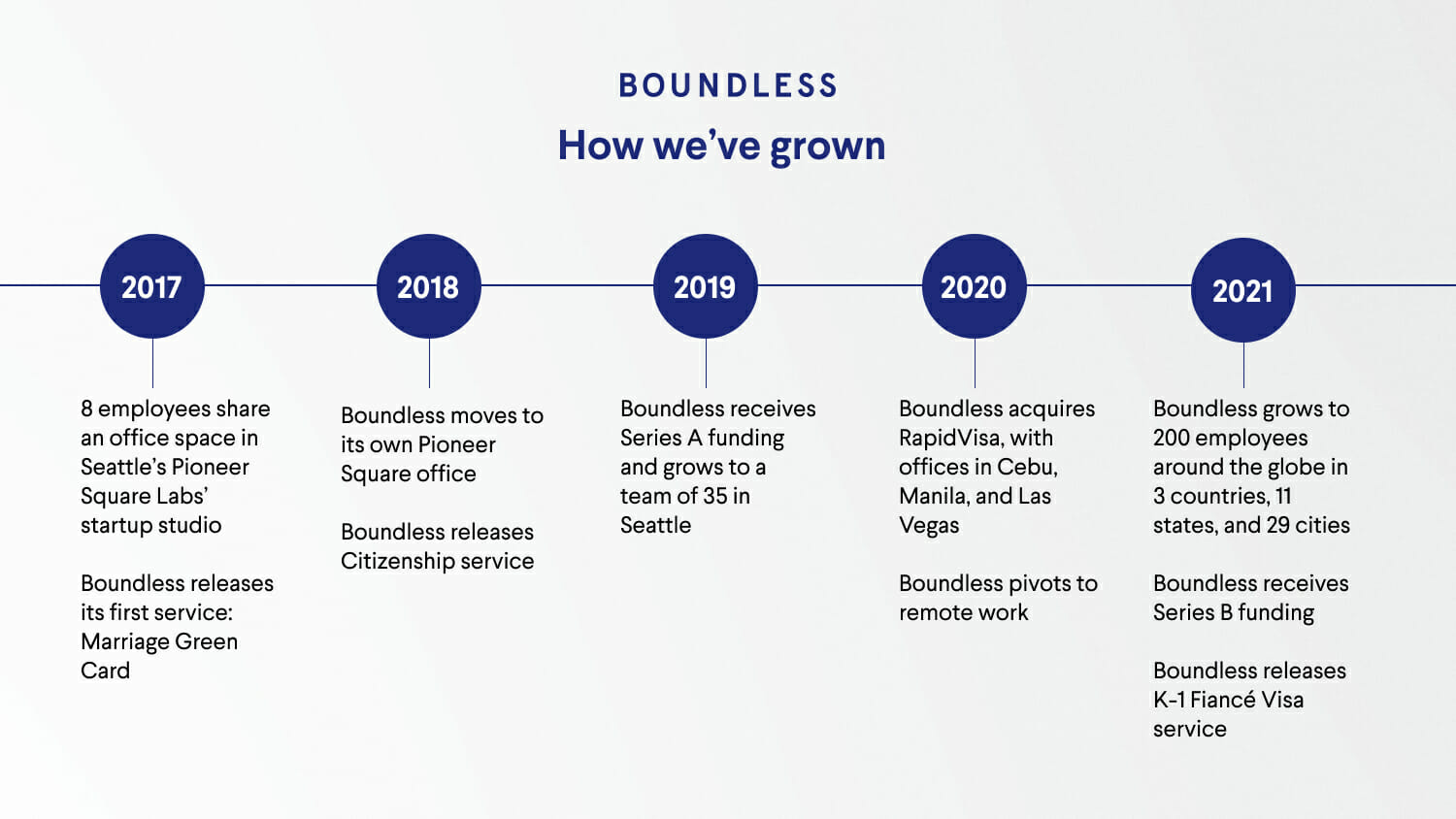