This July, major immigration cases continued to move through Supreme Court and other courts around the country. Refugees with ties to extended family in the United States got some provisional good news, while refugees without such relationships face an uncertain future. This was also a month of great policy uncertainty for would-be immigrant entrepreneurs and for “DREAMers” — undocumented immigrants who were brought to the United States as children.

The only certainty, it seems, is that immigration policy will continue to be disputed intensely among the courts, the Congress, the executive branch, and state and local leaders.

Here’s your summary of the month’s news, and what it means for immigrant families… 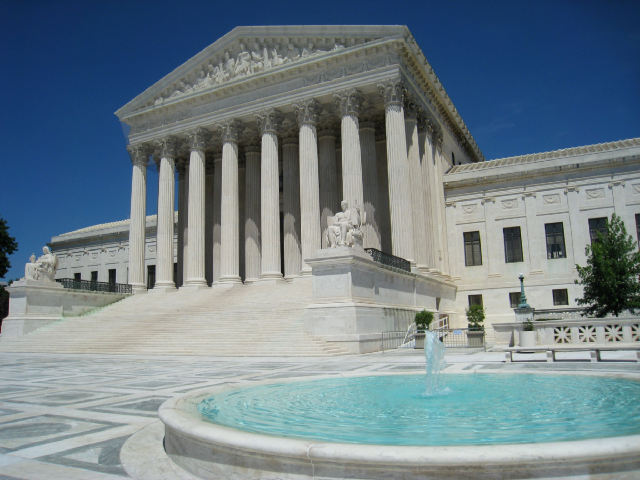 In June, the Supreme Court partially upheld the Executive Order banning nationals from six Muslim-majority countries from entering the United States, but said that certain family members of U.S. residents must be allowed into the country. The State Department almost immediately attempted to include certain relationships (such as siblings) and exclude others (such as grandparents). But in early July, a federal judge in Hawaii ordered that grandparents of U.S. residents are in fact close enough relatives, as are grandchildren, aunts, uncles, nieces, nephews, cousins, and brothers- and sisters-in-law. On July 19, the Supreme Court let that decision stand, meaning that this broader category of relatives is now exempt from the travel ban.

The Executive Order also attempted to place a complete moratorium on admitting refugees to the United States. The court actions above mean that some refugees with U.S. family members will be able to travel here after all — but what about refugees who don’t have relatives in the United States? The federal judge in Hawaii ordered that a refugee with a “bona fide” relationship with a U.S. refugee resettlement organization must be exempt from the ban, but this part of his ruling was suspended by the Supreme Court on July 19. This means that for now, an estimated 24,000 refugees who have a formal relationship with a U.S. resettlement agency must continue to wait for a final ruling.

The high court of Massachusetts just ruled that people cannot be held in jail solely at the request of immigration authorities, following similar rulings in Florida, Illinois, and other states. In a separate case, a federal judge in Michigan blocked the deportation of 1,400 Iraqis until they have a chance to challenge their deportations in front of an immigration judge. A new report from the Migration Policy Institute provides a thorough overview of the major changes in deportation policy over the past six months.

Undocumented immigrants who were brought to the United States as children were granted a reprieve in 2012, when President Obama started the Deferred Action for Childhood Arrivals (DACA) program, granting eligible young people work permits, social security numbers, and “deferred action” (which basically means a confirmation that they won’t be deported). But the future of the program is uncertain — the Trump Administration could end it at any time, and 10 states have threatened to sue if DACA continues.

Renewing a push to replace DACA with a permanent legislative solution, this month a bipartisan group of lawmakers in both the Senate and the House of Representatives introduced the latest version of the DREAM Act, which would provide nearly 2 million undocumented immigrants who came here as children with a path to green cards or other legal status. Similar bills (named “DREAM” after “Development, Relief, and Education for Alien Minors”) have been introduced several times over the past 16 years, but have never passed both chambers of Congress.

This month, the Department of Homeland Security (DHS) was scheduled to start implementing the “International Entrepreneur Rule,” making it easier for startup founders from other countries to launch and grow their companies in the United States. One week before the start date for applications, however, DHS announced that it would delay and ultimately repeal the program. Facing immigration obstacles in the United States, some entrepreneurs are taking their companies north of the border — Canada has offered a “startup visa” since 2013, with the promise of full permanent residency.

Immigrants in the News

Despite another month filled with immigration-related headlines, we haven’t seen major changes in the family-based immigration system yet.

All the more reason to file your marriage green card application soon — and Boundless can help you navigate the process with confidence. You can get started here.