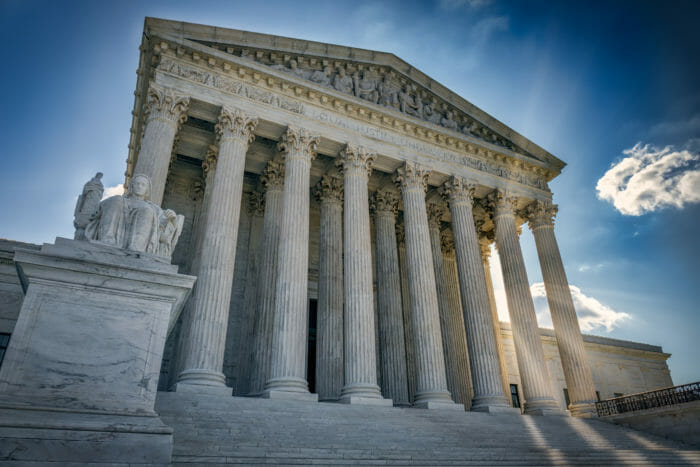 IMPORTANT UPDATE — SEPTEMBER 22, 2020:  The Department of Homeland Security (DHS) is re-imposing its public charge rule nationwide. The decision follows an earlier ruling that temporarily halted the rule from being enforced while the United States is under a national public health emergency due to the coronavirus pandemic. The federal agency also said it would apply the rule retroactively back to Feb. 2020, meaning green card applicants who filed without the additional forms will likely be asked to submit them before their application can be processed.

Note that the U.S. State Department public charge rule, which applies to green card applicants filing from outside the United States, is still blocked by a federal judge.

The Supreme Court on Monday allowed the Trump administration to move forward with implementing the Department of Homeland Security’s controversial “public charge rule,” which makes it harder for low-income people to obtain green cards.

In a 5-4 ruling, the justices lifted a nationwide injunction blocking the rule, while legal challenges to the regulation will continue to be argued in lower courts around the country.

“It’s disappointing that a misguided policy that hurts the American economy, millions of families, and goes directly against American values is going to be implemented before the lawsuits are resolved,” he said.

The government can now enforce the rule nationwide except in Illinois, where the rule is still under a statewide injunction.

What is the public charge rule?

The public charge rule will give the government sweeping powers to deny green cards to applicants it suspects won’t be able to financially support themselves when in the United States. Immigration officials will consider multiple factors such as age, health, financial status, and English proficiency to decide whether people are likely at any time in the future to use public benefits such as Medicaid and food stamps. The new regulation is a dramatic expansion of rules that have been in place for more than a century.

The government announced the new rule in August, but it was quickly challenged in courts across the nation, and five federal judges imposed injunctions blocking the rule from being implemented. A judge in New York criticized the rule as “offensive” and “repugnant to the American Dream.” Appeals courts later lifted most of the injunctions.

Justice Neil M. Gorsuch wrote in Monday’s court order that nationwide injunctions were a growing problem, calling them “not normal.”

“It has become increasingly apparent that this court must, at some point, confront these important objections to this increasingly widespread practice,” wrote Justice Gorsuch. “As the brief and furious history of the regulation before us illustrates, the routine issuance of universal injunctions is patently unworkable, sowing chaos for litigants, the government, courts, and all those affected by these conflicting decisions.”

Do you know your risk of being denied a green card under the public charge rule?

Use the free Boundless Public Charge Risk Estimator to calculate your risk, and learn more here about the rule.

If you need legal advice on these issues, the American Immigration Lawyers Association (AILA) can help find a licensed immigration attorney near you.