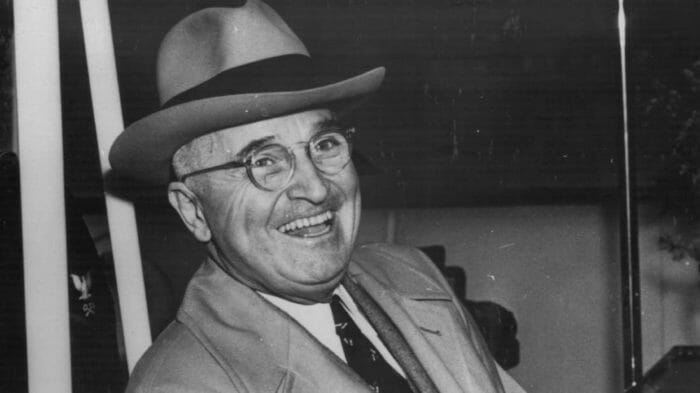 On Jan. 5, 1949 President Harry S. Truman gave what is known as his “Fair Deal” speech, in his State of the Union Address to Congress. In the speech, he called for national health insurance, an increased minimum wage, public housing and education aid. “Every segment of our population and every individual has a right to expect from our Government a fair deal,” Truman said.

Many of the provisions advocated in the speech — including increased affordable housing and labor reforms — touched the lives of U.S. immigrant communities.

Truman’s “Fair Deal” recommendations were thoroughly debated in Congress but were for the most part defeated by conservative blocs within the legislative branch.

In 1950, Truman established a Presidential Commission on Migratory Labor to examine “the extent of illegal migration of foreign workers into the United States.” The next year, Truman signed legislation to protect farmers’ ability to hire legal migrants as farm laborers, while decrying illegal immigration. The legislation set up centers where immigrants from Mexico could stay while the U.S. government matched them with jobs. Still, Truman worried that illegal immigration was a threat to the jobs of both U.S. citizens and legal immigrants. He called for legislation that would provide punishments for employers who harbored illegal immigrants, but Congress declined to pass it.

In 1952 Congress passed the McCarran-Walter Act, officially known as the Immigration and Nationality Act of 1952, which upheld the existing quota for immigrants by national origin, ended Asian exclusion from U.S. immigration and added measures providing for skills-based immigration and family reunification. According to the U.S. State Department’s Office of the Historian, “President Truman was concerned about the decisions to maintain the national origins quota system and to establish racially constructed quotas for Asian nations. He thought the new law was discriminatory, and he vetoed it, but the law had enough support in Congress to pass over his veto.”