Family reunification has traditionally been a cornerstone of U.S. immigration policy, with a major emphasis on allowing immediate relatives—defined in immigration law as spouses, minor children, and parents of U.S. citizens—to live together in the United States.

In many cases, it’s possible to apply for a marriage green card for an undocumented spouse.

The risks, expenses, and timelines vary depending on whether the sponsoring spouse is a U.S. citizen and whether the undocumented spouse entered the United States illegally. 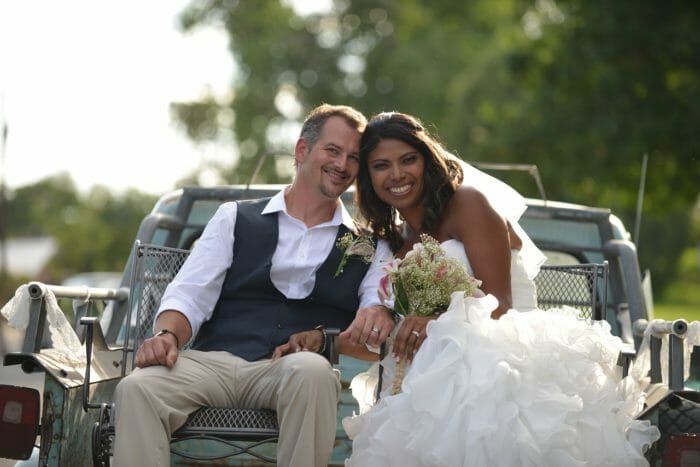 Given recent increases in immigration enforcement, including against people who have no criminal record, many families are deciding that the benefits of obtaining a green card for an undocumented spouse outweigh the risks and expense of the application process.

Here’s what you need to know about applying for a marriage-based green card for an undocumented spouse.

Boundless reduces your risk of application rejection or denial by 25%

Apply now
Learn what we do for you

If you are a U.S. citizen and your spouse entered legally but overstayed

The good news is that if you are a U.S. citizen and your spouse entered the United States “with inspection”—meaning that he or she was inspected by a Customs and Border Protection (CBP) agent, and had a valid visa or entered under the Visa Waiver Program—the application process for a marriage-based green card is the same as if your spouse had legal status.

If this is the case, there’s arguably little downside to applying for a marriage-based green card. The undocumented spouse should, however, be extremely cautious about leaving the United States until he or she has received his or her green card. If your spouse leaves the United States, he or she could be unable to return for three or ten years, depending on how long he or she was present in the United States without legal immigration status. Click here for more information on the consequences of overstaying a visa.

If you are a U.S citizen and your spouse entered illegally

Your spouse may be able apply for a green card—but he or she must leave the United States in order to do so.

Couples in this situation generally need to do the following:

Spouses of U.S. green card holders must have a current legal immigration status in order to apply for a green card from inside the United States.

How does DACA affect my spouse’s eligibility for a marriage-based green card?

The ways that DACA (Deferred Action for Childhood Arrivals) affects eligibility for a marriage green card are subtle, but could make a huge difference in individual cases—especially if the DACA recipient spouse arrived in the United States illegally and/or the sponsoring spouse is a U.S. green card holder.

First of all, “unlawful presence” doesn’t accrue until a person turns 18. If your spouse applied for DACA before turning 18, or within 180 days of turning 18, then generally he or she will not be subject to reentry bar (and therefore will not need a waiver) if he or she has to apply for a green card from outside the United States.

Otherwise, DACA should have no special effect on whether or not your undocumented spouse qualifies for a marriage-based green card.

How Long Does It Take to Get a Marriage Green Card in the U.S.?

What Are The Costs of a Marriage-Based Green Card?

What Documents Do I Need for a Marriage-Based Green Card?

What is an Affidavit of Support?

Direct Consular Filing – How to File Form I-130 Abroad