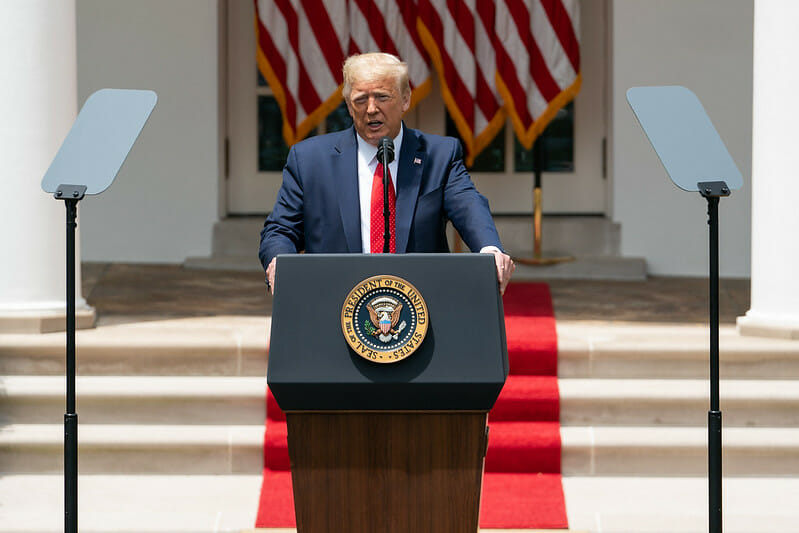 The Trump administration has implemented dozens of immigration regulations over the last four years, and even after losing his re-election bid, President Trump showed little sign of slowing down. His restrictive immigration policies have been a hallmark of his presidency, and he attempted to continue the trend despite his lame-duck status.

Donald Trump has systematically built an “invisible wall” designed to keep out two-thirds (at least 700,000) of aspiring Americans. The speed and breadth of these changes to the immigration landscape has far outpaced his predecessors’. During the two-term presidencies of Barack Obama and George W. Bush combined, U.S. Citizenship and Immigration Services (USCIS) issued some 10 final rules. USCIS under Donald Trump issued almost 20 final rules before the end of his single term.

It is extremely unusual for an administration to propose new regulations during its final months, since there is such limited time to go through the laborious process of finalizing them before the swearing-in of a new president with new priorities. Between Sept. 1, 2016 and the swearing-in of President Trump, USCIS proposed only two new regulations, neither of which touched on political hot buttons.

In contrast, since Sept. 1, 2020, USCIS proposed four new and controversial regulations that would dramatically change employment-based immigration, family-based immigration, the asylum system, and surveillance overall. And that’s not counting a raft of “Interim Final Rules” issued during the same period, which skip the public comment process and take effect immediately.

Here’s a tracker showing the end result of the Trump administration’s immigration regulations—the ones he finalized before leaving office, and also the plans that never made it off the shelf.

Note: this chart doesn’t include non-regulatory actions, like the extension of the immigrant and temporary worker entry bans after Dec. 30, 2020, and the long-rumored birthright citizenship ban, which would have been immediately challenged in court.

Even if many of these Trump administration measures don’t prevail in court, or if they are undone by the Biden administration, it’s going to take time for the United States to re-establish itself as a nation that welcomes people from around the world to once again pursue the American dream.