What is a Certificate of Citizenship?

A Certificate of Citizenship is a document proving the citizenship of a person who was born outside the United States to U.S. citizen parents. To be clear, it does not grant citizenship. It only recognizes and confirms the citizenship-status already obtained by the applicant. This certification can be very useful if, for example, you’re looking to sponsor a non-U.S. citizen relative for their green card application, or if you want to apply for a U.S. passport. 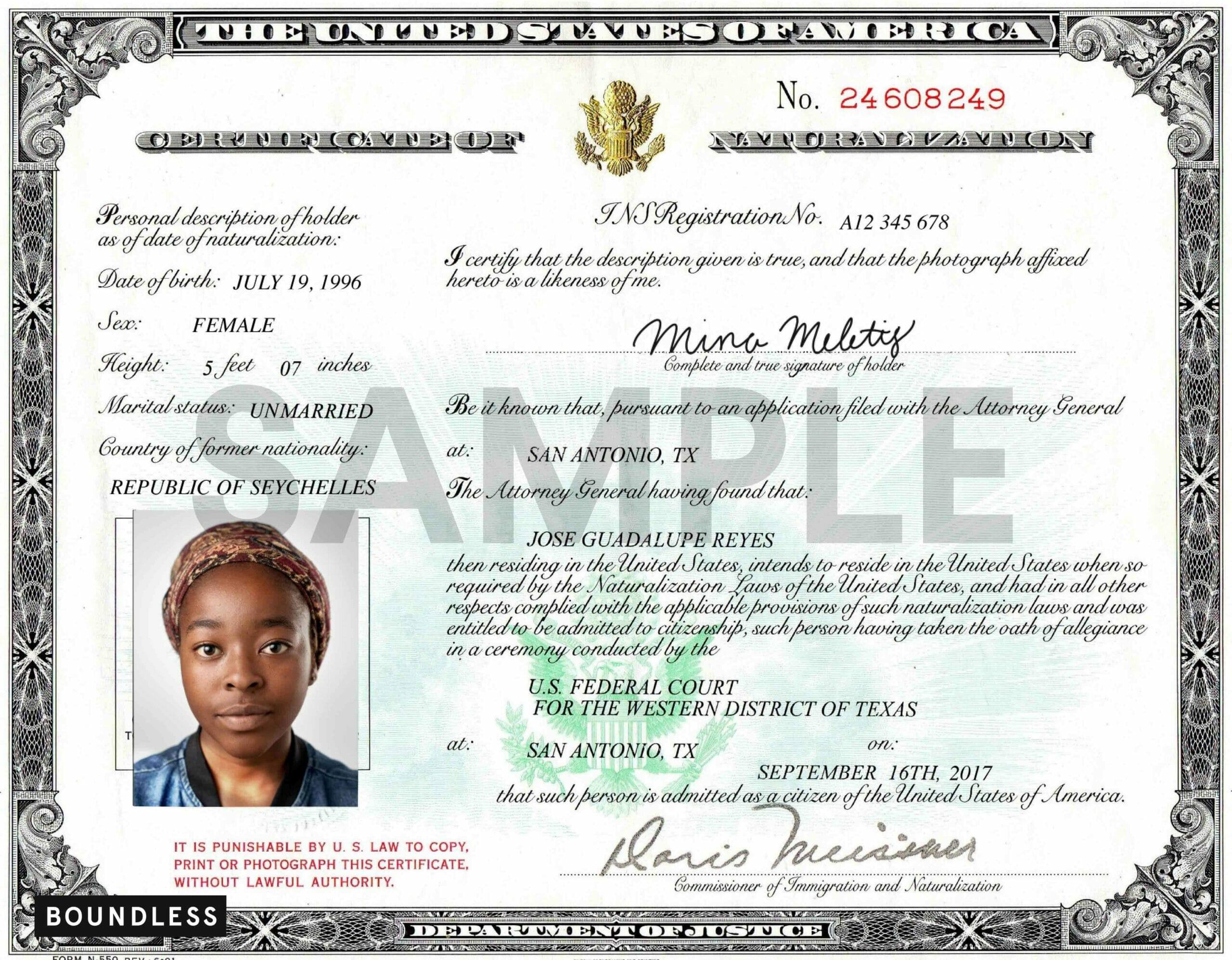 In this guide, we’ll provide a broad overview of the Certificate of Citizenship:

Apply for Citizenship
Learn what we do for you

You can apply for a Certificate of Citizenship if you were born abroad to a U.S. citizen parent, or if you automatically obtained citizenship after being born but before turning 18. If you became a citizen after birth but before the age of 18, you must satisfy four basic requirements prior to your 18th birthday:

*It should be noted that, currently, adoptive children (though not stepchildren) may obtain citizenship through their U.S. citizen adoptive parent(s). Though, according to U.S. Citizenship and Immigration Services (USCIS), “the law in effect on the date of your birth” will determine whether this is the case.

When a child acquires citizenship, the process is essentially automatic. Once the child is admitted into the United States, or once the process for acquiring citizenship is complete, they are officially a U.S. citizen and may apply for a Certificate of Citizenship. Note: the parent must meet certain physical presence standards, meaning they must have lived in the United States or one of its territories for a certain period of time prior to the child’s birth. (See the USCIS policy manual for a thorough breakdown of these requirements).

In the case of derivation, the child is said to obtain citizenship automatically, as long as they are a lawful permanent resident when their parent is naturalized; the child lives with their parent; and the child is below the age of 18.

You will likely need to gather other documents as well. For instance, the parent(s) may need to supply a marriage certificate and proof of physical custody, and if the child was adopted, the applicant will need to include the final adoption decree. Read our guide on Form N-600 for a complete list of all the required documents.

With a Certificate of Citizenship in your possession, you can now obtain a U.S. passport, and if you’re looking to sponsor a family member for their green card application, you can use the Certificate to prove that you are indeed a citizen. This certification will most likely be accepted whenever you need to formally prove your citizenship.

Read one of our many guides on the green card application process to better understand how, with a Certificate, you can sponsor a close relative.

If, at any time, your Certificate of Citizenship is stolen, lost, destroyed, or irreparably damaged, you can file Form N-565 (officially called “Application for Replacement Naturalization/Citizenship Document”) to get a new one. You can also apply to get a replacement Certificate if you find any typographical errors in the document. Similarly, if you’ve changed your name after getting married — or if you want to (and are permitted to) officially update your document to correctly reflect your gender identity — you can simply file N-565.

To replace your Certificate of Citizenship, you’ll need the following documents:

You may need to submit further documentation depending on your situation. For instance, if you’re updating the gender listed on your Certificate of Citizenship, you will need to provide an amended birth certificate, along with medical authorizations submitted by your physician. For a more detailed explanation of the filing process, you can read the USCIS instructions.

What will be on my Certificate of Citizenship?

In addition to a formal government seal and the USCIS director’s signature, the following items can be found on a Certificate:

What if I’m a U.S. citizen mother who used a donated egg and sperm to conceive and whose child was born abroad? Will my child become a citizen?

This will depend on whether or not you are legally recognized as the mother by the appropriate jurisdiction. If you are indeed the legally recognized mother, and you satisfy all other requirements — including the physical presence standard — then your child may be deemed a U.S. citizen at birth. Read the 2021 USCIS policy alert and Boundless blog post for a more in-depth analysis of Assisted Reproductive Technologies as they pertain to matters of citizenship and immigration.

What if my parents are divorced? Can I still apply for a Certificate of Citizenship?

Note: if you were in the legal custody of a non-U.S. citizen parent during this period, you may not automatically receive citizenship status.

An Explanation of the Naturalization Process