What is a green card? 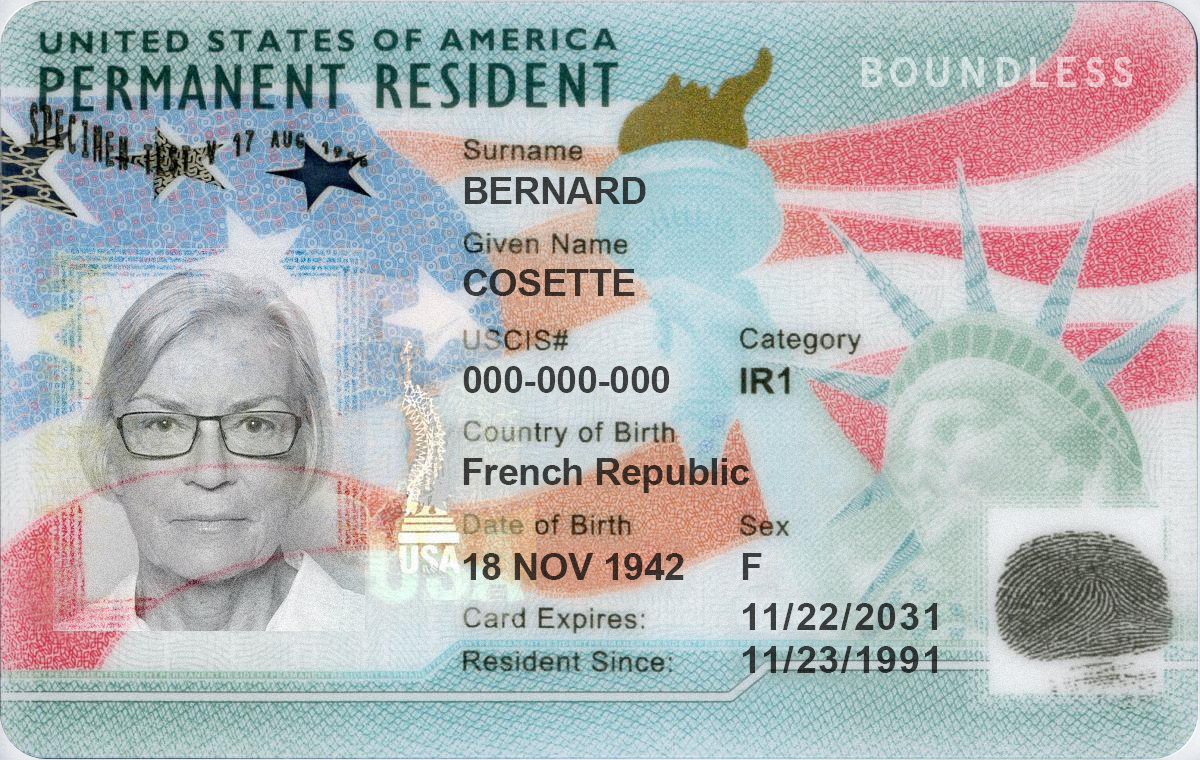 Every year, the U.S. government issues more than a million green cards. Most are given to family members of U.S. citizens and current green card holders, followed by workers from other countries seeking employment in the United States as the next biggest group of recipients.

In this guide, we’ll cover:

Boundless turns all the required government forms into simple questions you can answer online — typically in under two hours. Learn more, or get started today!.

Check out services
Find the right visa for you

Applying from within the United States

Let Boundless help you get started on your adjustment of status application today!

Applying from outside the united states

For spouses and immediate relatives (parents and minor children) of U.S. citizens applying from outside the United States via consular processing, the wait is currently – months. All other green card categories are subject to country caps, and wait times vary dramatically.

For spouses of U.S. green card holders applying from outside the United States, the wait is currently – months.

For other green card categories, check the USCIS website for the cost of your particular form.

Not sure what costs to expect? Boundless’ USCIS fee calculator can help determine the exact government fees for your application. We also help you pay your costs in installments, so you can get started now and pay later. Create a free account to use our fee calculator and explore your payment options.

There are many categories of green cards. The most common types are:

Each of these is covered in more detail below.

Close relatives of U.S. citizens and current green card holders may apply for family-based green cards of their own. Eligible family members include spouses, children, parents, and siblings (as well as the spouses and children of those spouses, adult children, and siblings).

Many extended family members — cousins, aunts and uncles, and grandparents — do not qualify. They may apply for a permanent resident card only if they, too, have a closer relative who is a U.S. citizen or current green card holder (or qualify for one of the other types of green cards below).

Boundless can help you obtain a green card. We make it easy to complete your green card application and avoid common problems. Learn more about what Boundless does, or start your application today.

Within the employment-based green card category, multiple subcategories of workers can apply for a permanent resident card. In some cases, their spouses and children may qualify for a green card, as well.

The following table lists the employment-based subcategories and the types of jobs that fall under them:

*Extraordinary ability is demonstrated “through sustained national or international acclaim. Your achievements must be recognized in your field through extensive documentation,” according to U.S. Citizenship and Immigration Services (USCIS).
**Exceptional ability refers to “a degree of expertise significantly above that ordinarily encountered” in your field.

For refugees and asylees

People who fear, or have experienced, persecution in their home country — because of their race, religion, nationality, political opinion, or membership in a particular social group — can seek protection in the United States by applying for a visa from abroad (to come as refugees) or from within the United States (to remain as asylees).

Victims of human trafficking who are living in the United States — whether lawfully or unlawfully (in other words, “undocumented”) — may apply for a T visa to stay in the United States for up to four years. As a condition of the T visa, however, they must help to investigate and prosecute perpetrators of human trafficking (unless the victim is under age 18, in which case they need not help with such efforts).

To qualify for a permanent resident card, the applicant must have physically lived in the United States for one of the following periods, whichever is shorter:

They must also meet other eligibility requirements. These include, for instance, demonstrating “good moral character” (meaning they have not committed certain crimes, such as fraud, prostitution, or murder) from the time they received a T visa until they’re approved for a green card. As another example, they must demonstrate to the U.S. government that they would suffer extreme hardship involving severe harm if they were required to leave the United States. (USCIS provides the full list of eligibility criteria.)

Certain family members will also be eligible to apply for their own green cards as long as both those relatives and the victim satisfy all requirements.

Victims of “substantial physical or mental abuse” who are living in the United States — whether lawfully or unlawfully (in other words, “undocumented”) — may seek protection by applying for a U visa. To obtain a U visa, the victim’s application must be certified by a law enforcement agency. Like recipients of T visas (see above), an applicant for a U visa must also agree to help investigate and prosecute people who commit certain crimes, such as kidnapping, sexual assault, and torture.

To qualify for a green card, however, the applicant will need to fulfill other eligibility requirements, including the following examples:

The victim’s children, parents, siblings, and spouse will also be eligible to apply for their own green cards as long as both those relatives and the victim satisfy all requirements.

Victims of domestic violence (battery or extreme cruelty) may apply for a green card that would allow them to seek relief through the Violence Against Women Act (VAWA). Although this law was created to benefit women, it applies to both women and men, and both parents and children, who are victims of abuse.

An abuse victim may apply for a permanent resident card on their own — without the knowledge or permission of their abusive relative, who can include:

USCIS will not notify the abusive relative of the application in order to keep the victim safe. (Full eligibility requirements are detailed on the USCIS website.)

IMPORTANT: If you or someone you know is experiencing domestic abuse now, contact the National Domestic Violence Hotline right away at 1-800-799-7233 or 1-800-787-3224 (TTY). You’ll be able to talk with someone about available resources, such as shelters, mental health care, and legal assistance. The hotline also provides information about green cards through VAWA.

Under the U.S. “green card lottery” (officially known as the “Diversity Visa Lottery Program”), the U.S. government every year randomly selects up to 50,000 people from a pool of entries it receives from six geographic regions, such as Africa, Asia, and Oceania. Only people from countries that have had little immigration to the United States in the past — for example, Algeria, Lebanon, and Slovakia — may enter the lottery. The share of green cards distributed to any one country is capped at 7%.

Most lottery applicants live in their home countries at the time they cast their entries, but some already live in the United States under a different type of immigration status.

Individuals who have physically lived in the United States — lawfully or unlawfully (meaning you were “undocumented”) — since January 1, 1972 may apply for a permanent resident card through a special process called “registry.”

To qualify for a green card through registry, the individual must meet all of the following criteria:

Boundless helps married couples obtain marriage green cards by simplifying the application process and providing top-rated lawyer support — all for a flat price of $995, about one-fifth the cost of a traditional immigration lawyer. Learn more about our services, or start your application today.

The U.S. government issues many other types of green cards besides the ones discussed above. Some of these include permanent resident cards for “special immigrants,” including media professionals, religious workers, Afghanistan and Iraq nationals who have served the U.S. government under certain capacities, and other types of workers who have served in an international organization. Others include green cards for Cuban citizens and American Indians born in Canada.

USCIS provides a list of these other green card types and their eligibility requirements.

If you’re considering applying for a marriage-based green card, Boundless can help. We make it easy to complete your application by turning government requirements into simple questions you can answer online. Learn more, or let’s begin!

How to Enter the Green Card Lottery